What is Annulment and how does it Differ from Divorce? 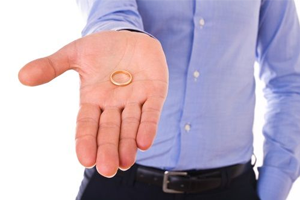 Generally, an annulment occurs because the marriage was either void or voidable from the beginning. In New Jersey, an annulment is only granted under the following limited circumstances:

Usually, an annulment is sought after a very short marriage. Filing for an annulment can be risky. Because the order of annulment makes it as if the marriage never existed, you may lose certain property rights in an annulment that you may have otherwise been entitled to in the event of that you been divorced.

Additionally, when filing for an annulment, you will have the burden to prove one of the above circumstances in order to be granted the annulment.

Under the no-fault divorce regime in New Jersey, you must have been married for a certain amount of time in order to qualify for one of the no-fault causes of action. Thus, this is a consideration in whether you choose to file for divorce or for an annulment.

When considering dissolving your marriage, you should talk to your New Jersey family law attorney to determine which cause of action is best for you.