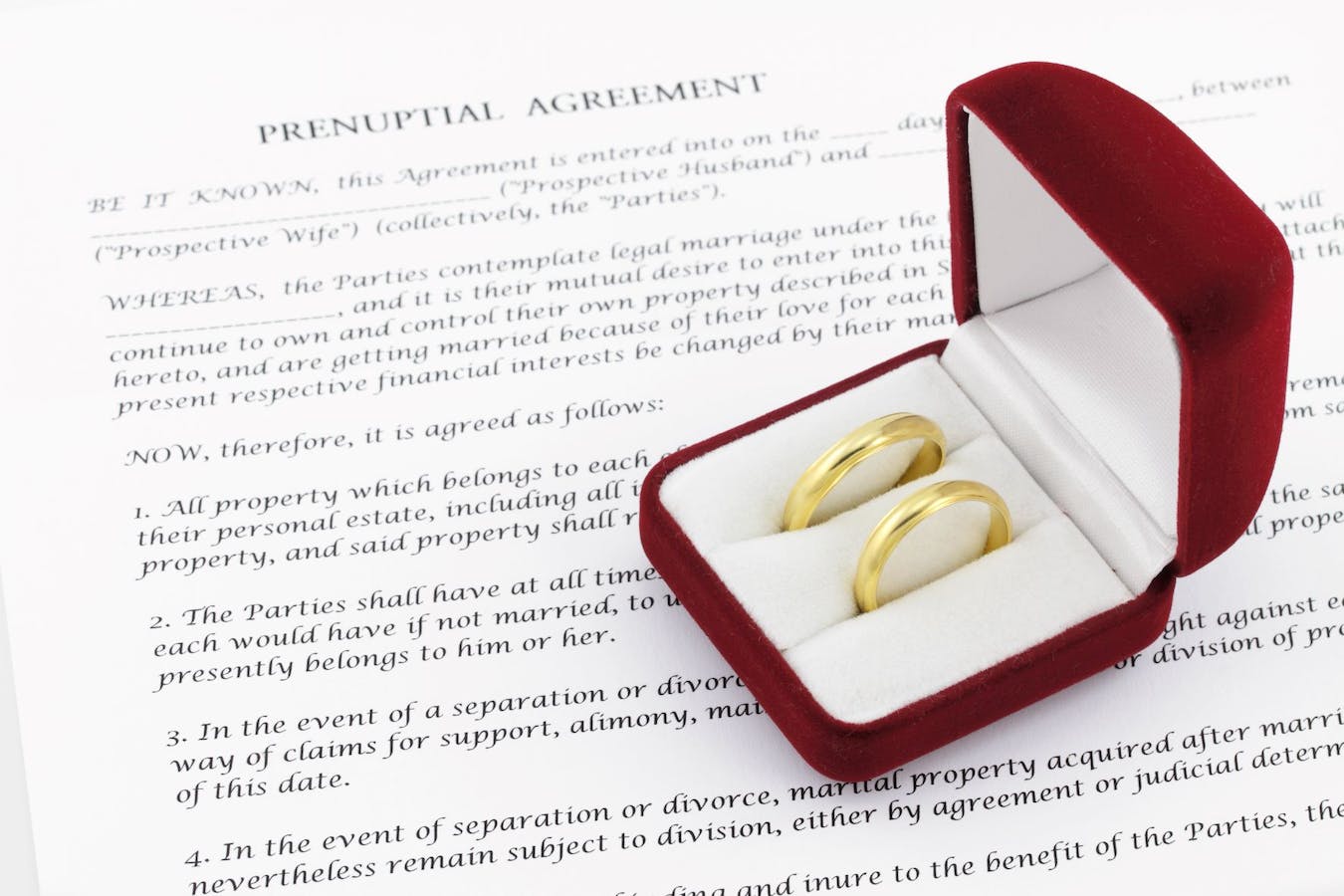 When preparing for your wedding, should a Pre-Nuptial Agreement be a part of your plans? More and more couples are saying yes, with a Pre-Nup. These pre-wedding contracts are no longer only for the wealthy or those with celebrity status. Pre-Nuptial Agreements are becoming more common and can take a wide range of forms. In essence, Pre-Nuptial Agreements are contracts entered into prior to a marriage, which set forth and can include a plan for distribution of assets/ debts in the event of a divorce, how much alimony to be paid if any and when, and what assets are to be distributed between a couple and which stay one parties’ property only, in a divorce.

It is certainly the least romantic part of wedding preparations, but often an essential task for more and more couples. As a long time practicing family law practitioner, in the past, I generally saw Pre-Nuptial Agreements being entered into in two primary scenarios: 1) At least one set of parents has substantial wealth and would be buying a home for the newly married couple or otherwise providing them with assets/ income and 2) it’s a second marriage for at least one of the engaged parties and they want to secure what they leave children from a prior relationship. While I still generally see these scenarios today, more and more couples without wealthy parents, without children from a prior relationship, and without a huge asset/ earning disparity, are entering into Pre-Nuptial Agreements. Could it be because more and more children of divorced parents are of marriage age now than ever before? Certainly, but I also think more couples are educated and older when entering into marriages. They know what it is to work hard for what they have and they are educated enough to know that in reality, they have a 40-50% chance of ending in a divorce.