Can Alimony Continue Beyond Cohabitation or Remarriage? 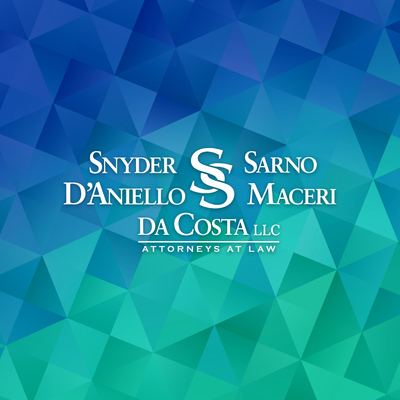 Marital Settlement Agreements: Can Alimony Continue Beyond Cohabitation or Remarriage?

Frequently alimony provisions will prescribe some type of modification or termination of alimony upon the dependent spouse’s cohabitation or remarriage to an unrelated person.  New Jersey courts have consistently held that marital settlement agreements that “clearly and unequivocally provide for the termination of alimony upon cohabitation” are enforceable if entered “knowingly and voluntarily.”  Quinn v. Quinn, 225 N.J. 34, 39 (2016).

A question that has been less clear, however, is whether courts will enforce agreements that alimony will not be modified or terminated even upon cohabitation or remarriage.  In part, this is because New Jersey’s alimony statute, N.J.S.A. 2A:34-23, provides that “[a]limony may be suspended or terminated if the payee cohabits with another person.”  The party seeking to terminate alimony upon the payee’s cohabitation or remarriage, in the face of a contrary agreement, will typically build an argument around the intent of the alimony statute.  However, it appears that the Appellate Division has now consistently favored freedom of contract and has enforced such non-modification provisions even after cohabitation and remarriage.  This was exemplified in a recent unpublished Appellate Division opinion, Weinberg v. Weinberg.

In Weinberg, the parties divorced in 2011 after 16 years of marriage.  They executed a property settlement agreement (PSA) that was incorporated into their final judgment of divorce.  The PSA required Plaintiff (ex-husband) to pay Defendant (ex-wife) limited duration alimony of $836 per week for 11 years. The PSA also provided that if Defendant were to cohabit or remarry with an unrelated person, alimony would terminate.

In 2017, Plaintiff filed a motion to terminate alimony, claiming that he had experienced a change in financial circumstances.  By Consent Order, the terms of the PSA were modified requiring Plaintiff to pay $1,811 per month and Defendant agreed not to “seek… sums in excess” of that amount. The Consent Order also provided the parties’ agreement to waive their ability to any further modification of alimony, including based on changes in circumstances, such as cohabitation and remarriage.

Plaintiff stopped paying alimony in October 2018 after he realized Defendant remarried.  Defendant filed a motion seeking to enforce alimony and compel reimbursement of arrears based on the Consent Order.  Plaintiff filed a cross-motion relying on the PSA and N.J.S.A. 2A:34-25, which provides that if a “former spouse shall remarry… permanent and limited duration alimony shall terminate as of the date of remarriage.”  Plaintiff argued that he agreed to waive specifically “modification” of alimony and not “termination.”

The trial judge, finding the Consent Order to be clear in its terms, granted Defendant’s motion to enforce litigant’s rights and denied Plaintiff’s cross-motion.  The trial judge specifically found that the parties considered specific “foreseeable events” such as cohabitation and remarriage in waiving their right to seek modification of alimony.

Plaintiff appealed and maintained the same argument based on the PSA and N.J.S.A. 2A:34-25.  The Appellate Division affirmed the trial judge and held that the Consent Order was not ambiguous and that “the express reference to remarriage in the Consent Order is what is significant.”   The Appellate Division specifically stated that the alimony statute does not require termination of alimony in all circumstances where there is a remarriage.

Here, the Appellate Division found that the parties “expressly agreed the alimony amount would be reduced significantly” and be deemed non-modifiable and enumerated “specific grounds that would preclude modification… [including] remarriage.”

The Appellate Division also denied Plaintiff’s request for a plenary hearing because there was no genuine issue of material fact as neither party disputed that Defendant had remarried or that the Consent Order expressly referenced remarriage.

If you have any questions regarding alimony or marital settlement agreements, please contact the skilled matrimonial attorneys at Snyder Sarno D’Aniello Maceri & da Costa LLC.  Call us today at (973) 274-5200.