Is My Prenuptial Agreement Enforceable? 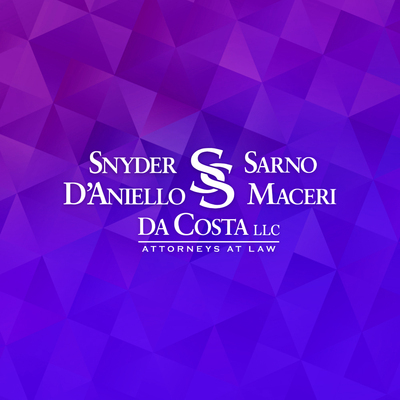 It is well-established in New Jersey that prenuptial agreements are generally valid and enforceable.  The likelihood of a court enforcing such agreements, however, is increased when parties have “developed comprehensive and particularized agreements responsive to their peculiar circumstances.” D'Onofrio v. D'Onofrio, 200 N.J. Super. 361, 366 (App. Div. 1985).

The Uniform Pre-Marital Agreement Act, N.J.S.A. 37:2-31, broadly delineates considerations for a court in determining the enforceability of prenuptial agreements and moreover places the burden of proof on the party seeking unenforceability. That is, prenuptial agreements are presumed enforceable and the party seeking to invalidate the agreement must demonstrate that the below factors weigh in their favor.

Often, a party has buyer’s remorse because he or she does not fully appreciate the consequences of entering a prenuptial agreement at the time of its execution, as was the case in a recent Appellate Division unpublished opinion, Steffens v. Steffens, 2019 N.J. Super. Unpub. LEXIS 2643 (App. Div. 2019).

The prenuptial agreement set forth various provisions – largely emphasizing the parties’ desire for financial independence – regarding the consequences of alimony and equitable distribution if a party filed for divorce. In the event of a divorce, the alimony provisions required the husband to pay the wife increasing alimony based on a higher number of years married. The alimony was therefore formula-based, and both parties waived the right to claim alimony based on the marital standard of living.

At the time of marriage, the wife earned approximately $56,000 per year working at a bank in Manhattan and the husband operated several businesses, including a printing company worth several million dollars. The wife left her job after the marriage to take care of the parties’ children and began working part-time at the husband’s business making approximately $49,000 per year.

Based on the length of the marriage, the wife was expected to earn about $350,000 in alimony under the prenuptial agreement. She also received $500 per month from retirement benefits, had approximately $380,000 in assets, and found alternate employment earning $67,000 per year. The court considered all these factors in granting the husband’s motions, and the wife filed an appeal.

The Appellate Division, in affirming the court, emphasized the favorability of enforcing such agreements “assuming full disclosure and comprehension, absent unconscionability.” The Appellate Division held that a party seeking to invalidate a prenuptial agreement must “prove by clear and convincing evidence that ‘the party executed the agreement involuntarily,’ or the agreement is unconscionable.”  Citing N.J.S.A. 37:2-38. An agreement is deemed “unconscionable” under N.J.S.A. 37:2-38(c) if, prior to execution, the party:

The wife argued that the prenuptial agreement was unconscionable because it did not allow the parties to assert the marital standard of living to determine whether she was earning commensurate alimony. However, as the Appellate Division noted, the Uniform Prenuptial Agreement Act (“UPAA”) (N.J.S.A. 37:2-31 to -41) controlled here as the parties’ prenuptial agreement was executed prior to amendments to the statute in 2006 and 2013. The Appellate Division held that the UPAA did not require the court to consider the marital standard of living, and it was therefore appropriate to hold the agreement enforceable because it specifically precluded the parties from asserting same as a basis to modify alimony.

If you have any questions regarding prenuptial agreements, please contact the skilled matrimonial attorneys at Snyder Sarno D’Aniello Maceri & da Costa LLC. Call us today at (973) 274-5200.