Attorney’s Fees Awards in New Jersey: How to Win Your Case for Free 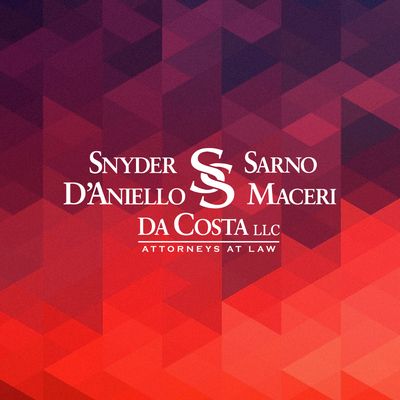 Attorney’s Fees Awards in New Jersey: How to Win Your Case for Free

Clearly, the end goal of any litigant is to win his or her case.  To win for free (or a lesser amount), however, is a whole new ballgame.  Trial courts still follow the “American Rule” and generally prohibit the winning party from shifting attorney’s fees onto the losing party unless a contract or statute exists to the contrary.

In matrimonial law, an award of counsel fees is heavily dependent on statutory factors.  Some of the most important factors a trial court weighs include the following: (1) the financial circumstances of each party; (2) the ability of the parties to pay their own attorney’s fees; (3) the reasonableness and good faith of the positions advanced by the parties both during and before trial; and (4) the results obtained.  Slutsky v. Slutsky, 451 N.J. Super. 332, 365 (App. Div. 2017).

A recent New Jersey Appellate Division case, Meshulam v. Meshulam, involved a post-judgment matrimonial motion concerning solely the issue of attorney’s fees.  Prior to that motion, the ex-husband (Defendant) moved to set aside the property settlement agreement (PSA) established after the parties’ divorce on the contention that his ex-wife (Plaintiff) failed to disclose an increase in her salary.  After Plaintiff filed a cross-motion, the court-appointed forensic accounted found that Defendant also concealed an increase in his income.

The parties entered a consent order that kept the majority of the PSA provisions in place and touched on the issue of attorney’s fees.  The trial court awarded Defendant almost $26,000 in attorney’s fees after it found that Plaintiff’s motion practices were made in bad faith.

On Plaintiff’s appeal, the Appellate Division found that she acted in bad faith, but noted that the trial court should have also conducted the same analysis as to Defendant.  For example, Defendant failed to comply with an order requiring him to provide and exchange a case information statement (CIS).  Defendant’s attorney’s explanation was that they had no reason to believe that Defendant’s income had materially changed – despite the trial court’s finding to the contrary.

The Appellate Division found Defendant’s failure to disclose his increase in income to be substantial because it would have undercut his request for child support from Plaintiff.  The matter was therefore remanded back to the trial court to consider the following: (1) Plaintiff’s requests for Defendant’s financial information relative to the income increases were warranted; (2) Defendant concealed his own increase in income and failed to comply with an order to submit his CIS; and (3) the consent order reached was fair and equitable to both sides.

On remand, the trial court reduced the award for attorney’s fees to approximately $18,000.  The difference was what the trial court determined to be the reasonable fees Plaintiff incurred in seeking Defendant’s income.

The Appellate Division stated that the relevant factors to an award of attorney’s fees not considered by the trial court include the “reasonableness and good faith of the positions advanced by the parties… [and] the results obtained.”  The Appellate Division held that Defendant filed his motion to set aside the PSA with “unclean hands” – in bad faith.  Defendant was withholding his own increase in income while simultaneously asserting that Plaintiff had concealed her bump in income.  Moreover, Defendant misrepresented to the trial court that he had not experienced any “material increase in income.” The trial court was therefore more focused on Plaintiff’s financial information than the moving party’s. This was clear evidence of bad faith, noted the Appellate Division.

However, the Appellate Division still found Plaintiff to be the more “egregious offender, both in terms of the magnitude of the undisclosed income, and the excessive litigation practices.” The fact that Plaintiff’s unreimbursed legal fees considerably topped Defendant’s further persuaded the Appellate Division in their holding.

Regarding the results obtained, Defendant prevailed in part because although the consent order forced him to forgo his claims for child support and any reimbursement of support obligations, it also enabled him to avoid paying any child support to Plaintiff.

The Appellate Division held that based on the above findings, it was necessary to further reduce Defendant’s award for attorney’s fees to account for his share of bad faith. On principles of fairness and equity, but without a definitive algorithm, the attorney’s fee award was modified to $7,500.

If you have any questions regarding attorney’s fees, please contact the skilled matrimonial attorneys at Snyder Sarno D’Aniello Maceri & da Costa LLC. Call us today at (973) 274-5200.