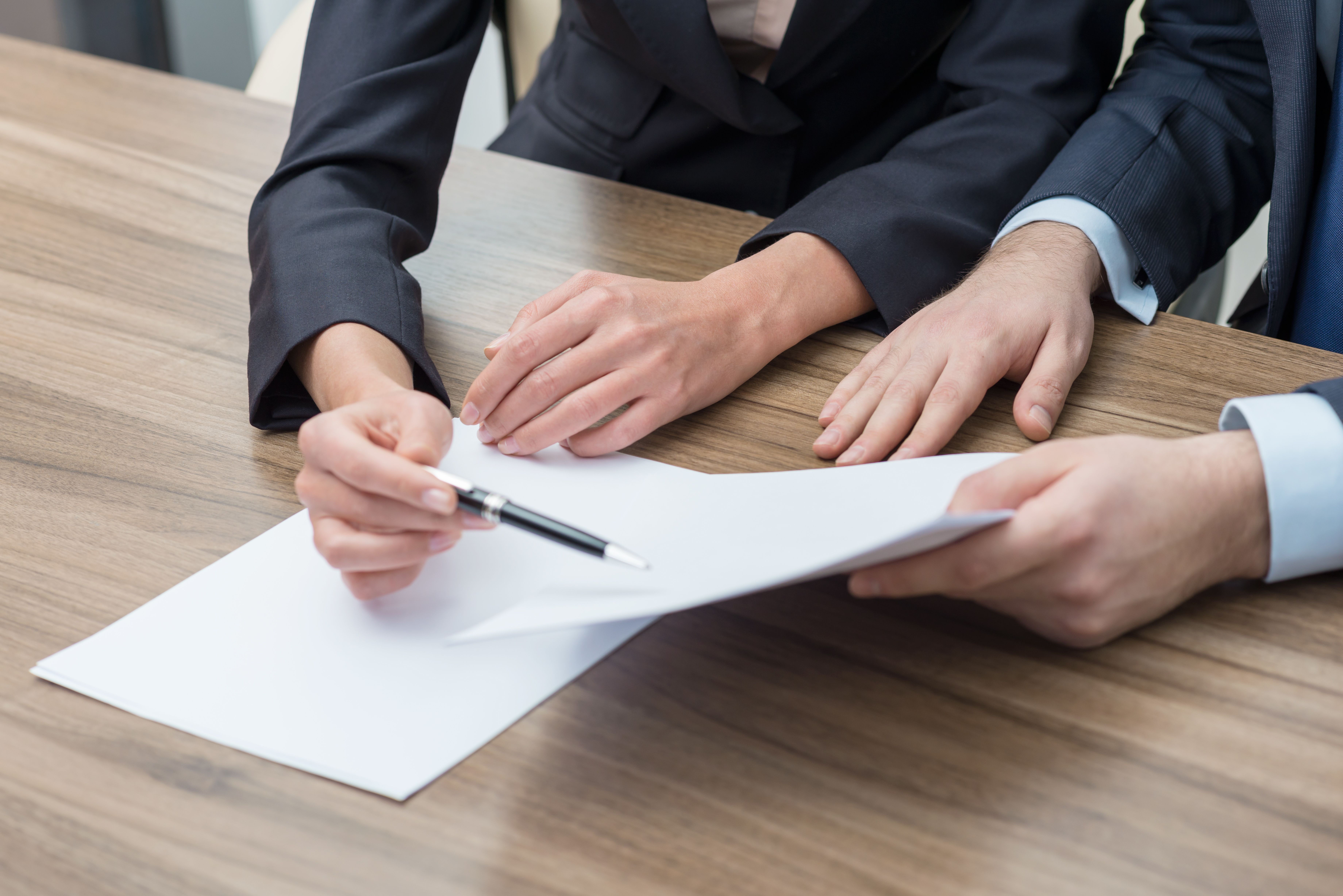 In New Jersey, an agreement made in contemplation of a divorce to stipulate each party’s economic rights in the event of an actual divorce is enforceable if it is fair and equitable.  For such reconciliation agreements to be deemed valid, the marriage must be nearing the brink of an indefinite separation or complaint for divorce, and the promise to reconcile and resume marital relations must be made when the marital rift is substantial.  A judge must also weigh the impact of the agreement when enforced.

As with many aspects of family law, judges are also guided by several factors in determining the validity of reconciliation agreements.  The Appellate Division recently addressed these factors in an analysis of a reconciliation agreement’s validity in Kriss v. Kriss, a case demonstrating a clear example of unfair bargaining power between the parties.

In that case, the parties were married in 1982.  In 2001, the ex-husband (plaintiff) formed Krisstone, LLC (Krisstone), a construction contracting company that he became the sole owner of in 2006.

In 1998, plaintiff filed a complaint for divorce and subsequently withdrew it, but decided that the parties should close their joint bank accounts and financially separate.  Plaintiff filed a new complaint for divorce in 2003, and again withdrew it on the condition that the ex-wife consent to a reconciliation agreement, which was unilaterally drafted by plaintiff’s counsel.

The Agreement provided that defendant would concede any interest in Krisstone as a condition of plaintiff maintaining the marriage.  In addition, defendant had to waive any claim to alimony if the parties later divorced.  As consideration for the Agreement, plaintiff withdrew his complaint and agreed to pay the mortgage and related expenses of the marital home (i.e. taxes, utilities, repairs, and maintenance).  Defendant signed the Agreement without reading it in its entirety and against the recommendation of her lawyer.

After defendant signed the Agreement, plaintiff required that she pay half of the mortgage and other related expenses of the home.  Plaintiff eventually filed his third and final complaint for divorce in July 2011.

At the start of the divorce proceeding, Defendant filed a motion to compel production of plaintiff’s financial records, and plaintiff responded with a cross-motion to enforce the Agreement.  In determining both motions, the judge considered the factors set forth in Nicholson v. Nicholson, a case governing the enforcement of reconciliation agreements.  The factors include the following: (1) whether the marital rift was substantial when the promise to reconcile was made; (2) whether the agreement complied with the statute of frauds; (3) whether the circumstances under which the agreement was entered into were fair to the party charged; (4) whether the agreement's terms were conscionable when it was made; (5) whether the party seeking enforcement acted in good faith; and (6) whether changed circumstances rendered literal enforcement inequitable.

At a plenary hearing the judge later held to address the Nicholson factors, defendant testified that plaintiff did not disclose any tax returns or financial documents related to Krisstone, and that she would “do anything to save the marriage.”  Despite the fact that plaintiff submitted a Case Information Statement (CIS), it was largely incomplete and did not include information regarding the valuation of Krisstone nor his personal income.  Plaintiff testified, however, that the business was very profitable and earned millions of dollars.  A jointly appointed expert valued plaintiff’s interest in Krisstone at $500,000 at the time the Agreement was signed in April 2004.

The judge ultimately found the Agreement’s terms regarding the equitable distribution of Krisstone and the waiver of alimony unconscionable, and that defendant signed the Agreement under duress.  Plaintiff appealed the judge, and argued that the agreement should have been enforced as written.

The Appellate Division affirmed the judge, and held the Agreement invalid under the Nicholson factors.  Specifically, the Appellate Division stated that “the circumstances at the time plaintiff presented the Agreement to defendant were certainly not fair to defendant under factor three of the Nicholson test.”  The Appellate Division cited case law asserting that the validity of such reconciliation agreements depends on whether there has been adequate financial disclosure to enable the party consenting to the agreement, who often has less bargaining power, to make an informed decision.  Here, plaintiff failed to make a full disclosure of his income or the true value of Krisstone before defendant signed the Agreement.

With respect to the judge’s finding of duress, the Appellate Division stated that the record supported such a finding; namely, defendant was intimidated into signing the Agreement with the threat of a pending divorce complaint hanging over her head.  Essentially, she signed the Agreement in a desperate effort to save her marriage, not having realized the consequences of such provisions in the event of an actual divorce.

As to the fourth factor, whether the Agreement’s terms were conscionable when made, the Appellate Division agreed with the judge that the terms regarding alimony and equitable distribution were unconscionable when made because (1) it was a long-term marriage, and (2) plaintiff did not adequately disclose his financial information.  The Appellate Division also found that plaintiff acted in bad faith, under the fifth factor, because immediately after the Agreement was signed, he violated it by requiring that defendant pay expenses related to the former marital home.

Lastly, as to the sixth factor, the Appellate Division stated that circumstances had changed from the time of the Agreement to the time of defendant’s third complaint for divorce because the value of Krisstone nearly doubled during that time.

If you have any questions regarding the validity or drafting of reconciliation agreements, please contact the skilled matrimonial attorneys at Snyder Sarno D’Aniello Maceri & da Costa LLC.  Call us today at (973) 274-5200.