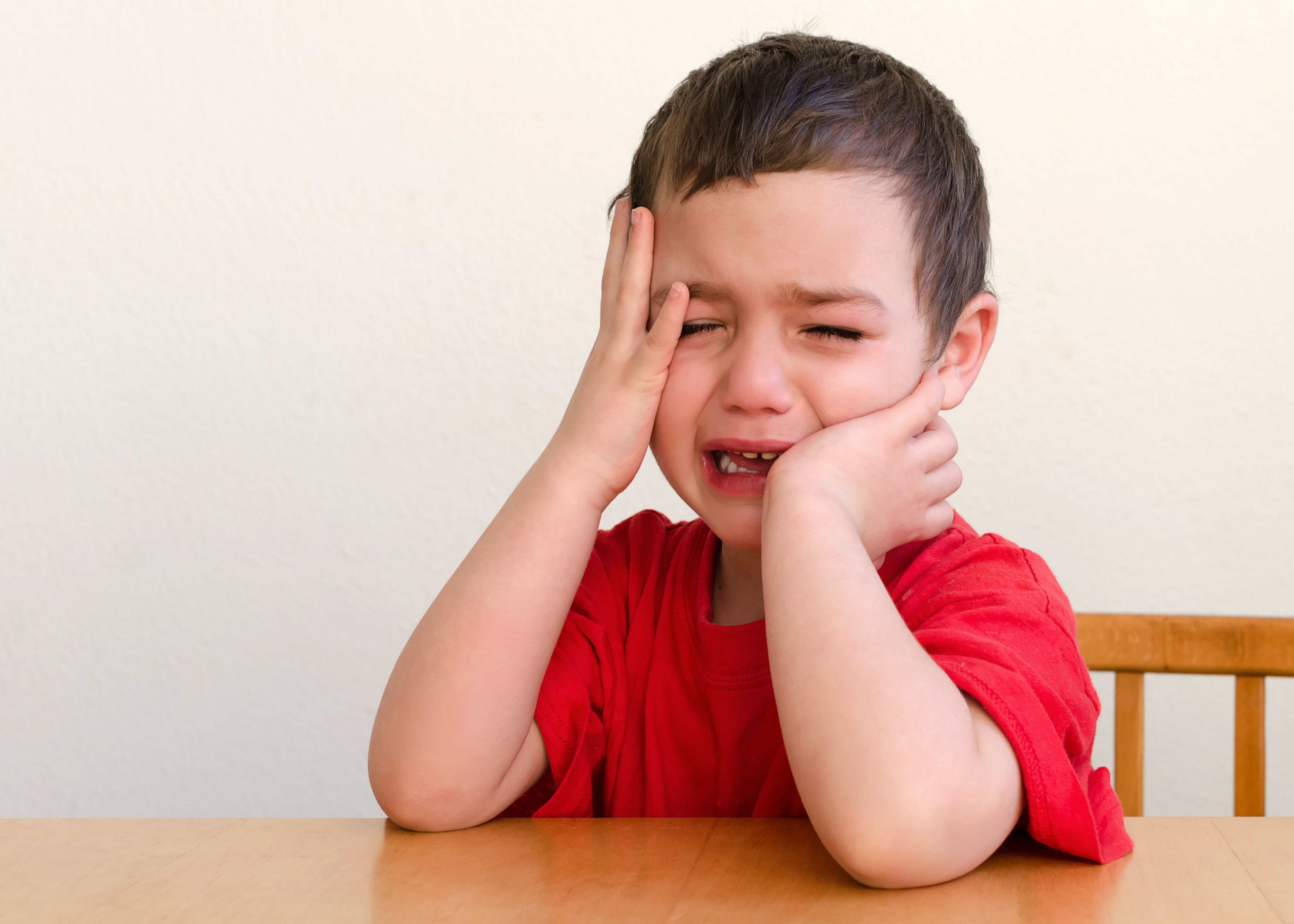 Divorce and other family law proceedings often require outside experts to develop opinions, recommendations, and objective findings of fact.  This is particularly true in divorce proceedings where couples have a high net-worth, numerous business interests, and real estate holdings.  Experts frequently play a crucial role in negotiating settlements, but can also be of great value should the proceeding lead to trial.  However, such testimony and/or reports from experts that one party attempts to submit into evidence often harms the other party whom the evidence is intended to discredit or prove wrongful conduct.  Thus, these attempts often raise questions as to the admissibility of expert testimony and/or reports.  In the recent decision out of the Appellate Division, New Jersey Div. of Child Prot. & Permanency v. N.B., the court addressed the admissibility of a psychologist’s report diagnosing a child with post-traumatic stress disorder (PTSD) and attributing the symptoms to abuse and neglect by the mother (defendant).

In N.B., the Appellate Division reversed the trial judge’s order terminating litigation after a plenary hearing in which the judge found defendant abused and neglected her son, D.B.  In this case, the father (plaintiff) filed a complaint for abuse and neglect after D.B. was left alone in a hotel by defendant, and later picked up by his aunt.  D.B. told two Division Special Response Unit (SPRU) workers from the Division of Child Protection & Permanency (Division) that he called his aunt because he did not feel safe and that he feared his mother would “go off on [him] when she gets [him] alone.”

D.B. allegedly told police, who subsequently became involved, that his mother made a suicidal statement after an argument with her boyfriend saying that “she was going to harm herself one of these days.”  When two police officers went to defendant’s hotel to conduct a “welfare check,” she wholly denied having an argument with her boyfriend and claimed that she left D.B. in the hotel because he didn’t want to take a drive with her.  She also contended that her suicidal comment was just “a figure of speech in the heat of the moment.”

The SPRU workers met with D.B. again, who recounted a separate incident in which he was in the car with defendant and her boyfriend when she said “since we’re all here why don’t you drive off the bridge and kill us all.”  This was not the only reported instance of suicidal rhetoric by defendant, however, as D.B. reported that she also said to the boyfriend “you make me want to curl up and die” and that she wanted to “jump off a cliff.”  D.B. also claimed that defendant and her boyfriend often engaged in physical altercations.

Defendant was also interviewed by SPRU workers, but denied saying she wanted to drive off a cliff or that she had any suicidal inclinations.  She also denied having physical altercations with her boyfriend, and claimed they were merely verbal.

Following the interviews, the Division removed D.B. from defendant’s custody and filed a complaint seeking the care and supervision of D.B.  In response, the judge placed D.B. with plaintiff.

D.B. was evaluated by a psychologist, Dr. Marano, who prepared a psychological evaluation report for the court.  With respect to D.B.’s exposure to domestic violence, the report found that he occasionally felt nervous when he witnessed physical altercations between defendant and her boyfriend.  The report also recited D.B.’s claim that he hurt his hand once trying to stop one of the fights.

Dr. Marano ultimately concluded that D.B. experienced a high degree of stress in his family life when residing with defendant.  She found that the combination of domestic violence between defendant and her boyfriend and her inability to cope with financial stress negatively affected her fitness to be a parent.  The final report diagnosed D.B. as having PTSD and recommended that, initially, D.B. only communicate with defendant over the phone.

After viewing the report, the judge’s focus was on whether the mother’s conduct constituted abuse and neglect under N.J.S.A. 9:608.21(c)(4).  One of the SPRU workers was called to testify at trial, but she was unable to finish her testimony due to illness.  The judge therefore threw out the testimony of the worker.  The judge did, however, allow the testimony of the worker’s supervisor who had no direct involvement and did not interview D.B. or defendant.  The supervisor did not discuss the case with any workers or police officers involved and was not the supervisor when the psychological evaluation took place.

The Division moved three documents into evidence: (1) the Division’s investigation summary; (2) the psychological evaluation report; and (3) police reports of the incidents involving defendant.  Defendant objected to the admission of statements by D.B. to the officers and SPRU workers, claiming they were hearsay (an out-of-court statement introduced to prove the truth of the matter asserted – i.e. statements that tended to show that defendant abused and neglected D.B.).  She also objected to the admission of the report because she was never given an opportunity to challenge it.  The judge nevertheless admitted the evidence over her objection because the judge found her statements and actions were corroborated by the psychologist’s report and her own admission of verbal altercation.

Although the judge did not find defendant’s suicidal rhetoric alone sufficient to constitute abuse and neglect, the combination of those statements, together with D.B.’s statements about exposure to domestic violence and having been left alone at the hotel, justified a finding that defendant abused and neglected D.B. pursuant to N.J.S.A. 9:6-8.21(c)(4).

On appeal, defendant argued that the judge’s findings were improper because the judge relied on inadmissible evidence, including the statements contained in Dr. Marano’s report.  The Appellate Division reversed and vacated the judgment, finding the statements allegedly made by D.B. in the report were hearsay because they were not corroborated by testimony that could have been challenged by defendant or assessed by the judge as to its credibility.

The Appellate Division highlighted N.J.S.A. 9:6-8.46(a)(4), which provides that “previous statements made by the child relating to any allegations of abuse or neglect shall be admissible in evidence; provided, however, that no such statement if uncorroborated, shall be sufficient to make a fact finding of abuse or neglect.”  In other words, corroborative evidence only has to provide support for the out-of-court statements; that is, some form of direct or circumstantial evidence beyond the child’s statements.

In contrast with the judge, the Appellate Division found that defendant’s statements did not corroborate the statements made by D.B. because she denied all arguments that constituted physical violence or the child’s exposure to it.  The Appellate Division stated that, irrespective of whether the statements made to Dr. Marano were credible as statements made during the course of treatment, their consistency alone did not establish corroboration.  In essence, courts should not plainly accept the opinions of mental health professionals concerning the trustworthiness of a child’s hearsay statements without additional corroborating evidence that can be tested in court.

The Appellate Division stated that, in general, reports are admissible under the “business records exception” (evidence rule) if they are prepared by a professional consultant of the Division, as Dr. Marano was here, for the purpose of guiding the Division in its determination, and maintained in the regular course of the Division’s business.  However, Dr. Marano was not produced as a witness here, and therefore the Court held that in accordance with Rule 808, her report should have been excluded from evidence because the judge did not make any credibility assessments of Dr. Marano or of her opinions stated in the report.  The rationale for this rule is grounded in the court’s finding that psychological evaluations often involve the exercise of “subjective judgment rather than a straightforward, simple diagnosis based upon objective criteria or one upon which reasonable professionals could not differ.”

If you have any questions regarding abuse and neglect or whether certain evidence will be admissible at trial, please contact the skilled matrimonial attorneys at Snyder Sarno D’Aniello Maceri & da Costa LLC.  Call us today at (973) 274-5200.