Equitable Distribution in NJ with a Marital Settlement Agreement 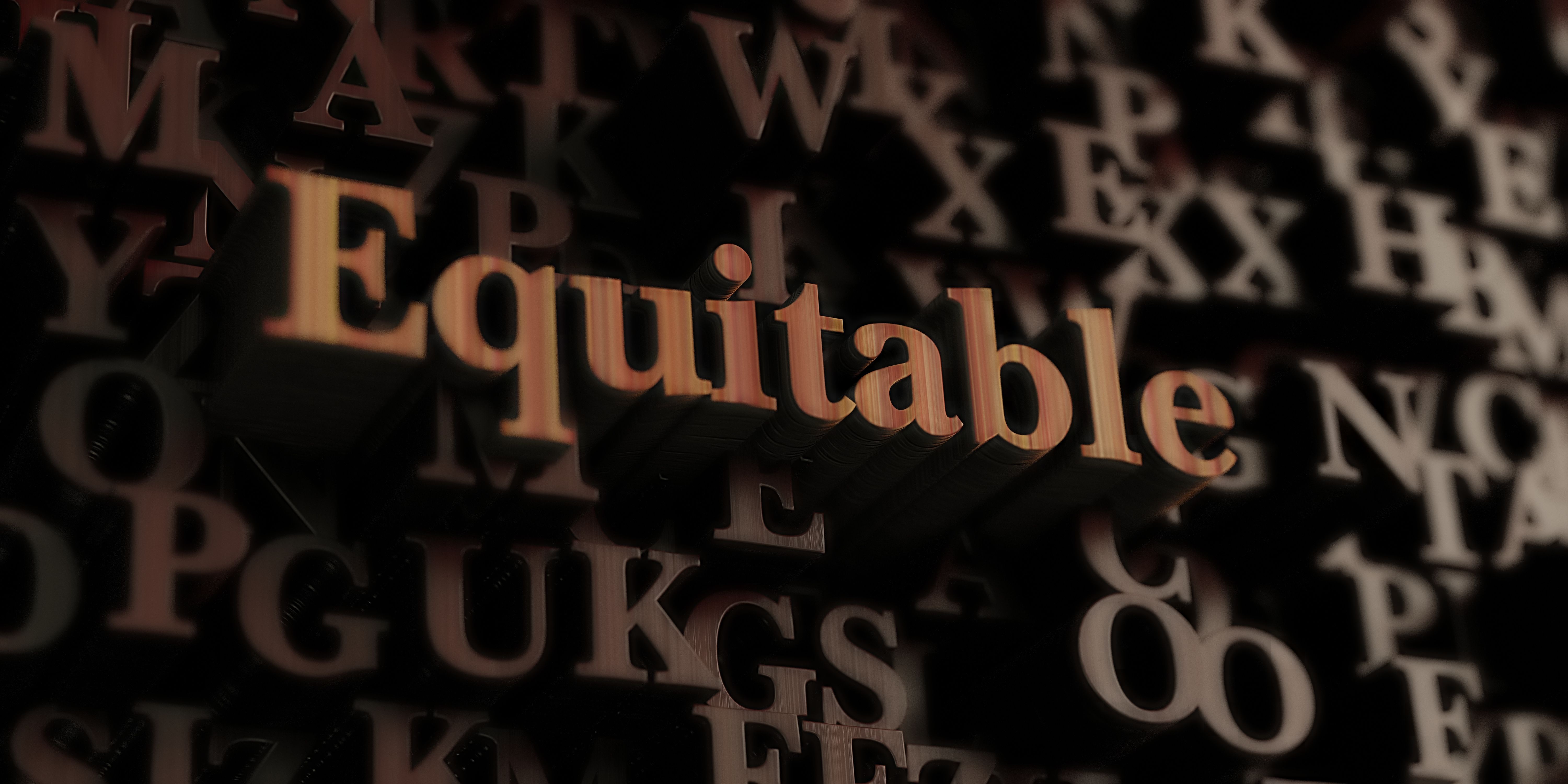 Jones-Muhammad v. Ott was a recent Appellate Division case in which the third factor above was at issue.  Specifically, the parties entered a marital settlement agreement (MSA) governing equitable distribution and other financial aspects of their divorce, such as alimony.  Although the facts are slightly complex, the case highlights New Jersey’s tendency to uphold MSAs where the actual intent of the parties is clear and the terms are not grossly inequitable.

In Jones-Muhammad, the parties were married for sixteen years before a final judgment of divorce was entered in 2013 incorporating their MSA.  The central issue in this case surrounded plaintiff ex-husband’s appeal of a post-judgment order enforcing equitable distribution of the parties’ marital home, transferring the mortgage payment obligation to him, and his assumption of sole responsibility for his unpaid income taxes.

The order being appealed stemmed from plaintiff’s motion in 2015 after learning that: (1) the principal balance on the mortgage was more than specified in the MSA; and (2) a title search revealed that various federal income tax liens existed on the home totaling more than the home’s value.  The liens also prevented defendant from selling the home for $384,000.

Specifically, the order required plaintiff to retake title of the home and pay defendant $75,000 in $5,000 monthly installments to offset her loss.  Plaintiff did not challenge the amount of the award, but argued that the judge failed to consider his ability to pay that $75,000 award at the rate of $5,000 per month.

During the marriage, plaintiff’s average annual income as stipulated in the MSA was $211,000, which mostly came from royalties and profits from various businesses.  The MSA provisions also provided defendant with a reduced limited-duration alimony figure of $3,500 per month for fifty-six months in exchange for the parties’ agreement concerning equitable distribution.

Pursuant to the terms of the MSA, defendant was allowed to obtain the marital residence, valued at $300,000, free of plaintiff’s interest.  The home had about $70,000 of equity after its mortgage debt, of which defendant agreed to pay after plaintiff made the balance current and made his first alimony payment by the date of divorce.  Plaintiff represented that he was “not aware of” any judgments or liens against the home.  Also in exchange for the reduced alimony figure in the MSA, plaintiff agreed to be liable for his income tax liability and to reimburse defendant for any failure to pay that liability.

Plaintiff could not uphold his end of making the mortgage balance current and tried to modify his loan with Chase.  The modification went through, but it added debt to the principal of almost $40,000 and he continued to struggle to bring the mortgage balance current.  He also refused to give defendant any supporting documentation regarding the loan modification, but did give her the name of the lender who purchased his loan and mortgage from Chase.

Defendant eventually could not continue to afford the payments and listed the home for sale.  At this time, she filed a motion to enforce plaintiff’s obligations under the MSA, and the judge ordered plaintiff to release all relevant information about the lenders.  While the motion was pending, she bought the home for $384,000 in August 2015.  Just before closing, she moved after learning that a title search revealed tax liens of over $600,000 on the home.  Thus, she filed a second motion to: (1) argue that plaintiff violated his obligation to disclose the tax liens; and (2) enforce the parties’ agreement on equitable distribution which contained a “hold harmless clause.”

In further response, defendant requested the court order plaintiff to remove all recorded liens except the mortgage and to remove debt on the mortgage over $230,000.  If not, she asked the court that he repossess the deed and reimburse expenses and the $154,000 she forfeited on the sale.

Plaintiff bore responsibility for his tax liabilities and what he owed to defendant for her loss, but denied knowledge of the tax liens at the time of divorce.  He requested that the judge consider defendant’s failure to pay the mortgage as of April 2013.  The judge did not find credible, however, his lack of notice concerning the tax liens.

Regarding plaintiff’s contention that the judge failed to consider his ability to pay, the judge reasoned that plaintiff had just released a new album and found it hard to believe he was not making any money.  After no solutions were settled on to address defendant’s lost contract on the home, the judge asked for tax returns, case information statements (CISs) and written certifications of their positions on damages with supporting documentation.

Defendant’s position stated that she would accept $5,000 per month as payment for her expenses and loss.  Regarding damages, the parties used the starting point of $384,000 (the offer to purchase the home), less $230,000 (debt on the mortgage stipulated in the MSA), totaling $154,000.  Plaintiff, on the other hand, did not assert anything regarding his ability to pay in his certification.  He instead requested: (1) a reduction in what he owed defendant by the closing costs he estimated at around $25,000; and (2) a further reduction equal to the payments defendant would have made on the mortgage before the loan modification and up to the date of his certification.

Right in line with the submissions, the judge awarded defendant the value of her lost sale minus the expenses that would have been incurred had it gone through.  Thus, the judge started with $154,000 in equity, less $24,000 closing costs, less $55,000 in reasonable monthly rental costs imputed to her.  The judge also found that plaintiff had actual and/or constructive knowledge of the tax liens that were attached to the house.

Despite the complexities of the facts above, the Appellate Division truly only had one issue to decide – whether the judge failed to consider plaintiff’s ability to pay $5,000 per month, since he did not dispute the $75,000 award.  The Appellate Division stated that it had two options: (1) determine whether a genuine dispute of material fact existed so as to require a plenary hearing under the seminal case Harrington v. Harrington; or (2) determine whether the credible evidence in the record called for the affirmance of the order for different reasons than provided by the trial judge.

The Appellate Division found that plaintiff failed to request a schedule of the $75,000 damage award or assert an inability to pay the amount.  They identified three opportunities for plaintiff to have raised the issue: (1) opposition to the motion; (2) during argument on the motion; and (3) in his certification.  Thus, the Appellate Division did not address this issue on appeal.

Regarding equitable distribution, the Appellate Division affirmed the trial judge’s order and held that the award enforces the MSA’s intention for equitable distribution.  It emphasized that the parties bargained for the “hold harmless clause” and marital residence provisions, consistent with New Jersey’s policy favoring freedom to contract.

If you have any questions regarding equitable distribution, please contact the skilled matrimonial attorneys at Snyder Sarno D’Aniello Maceri & da Costa LLC.  Call us today at (973) 274-5200.