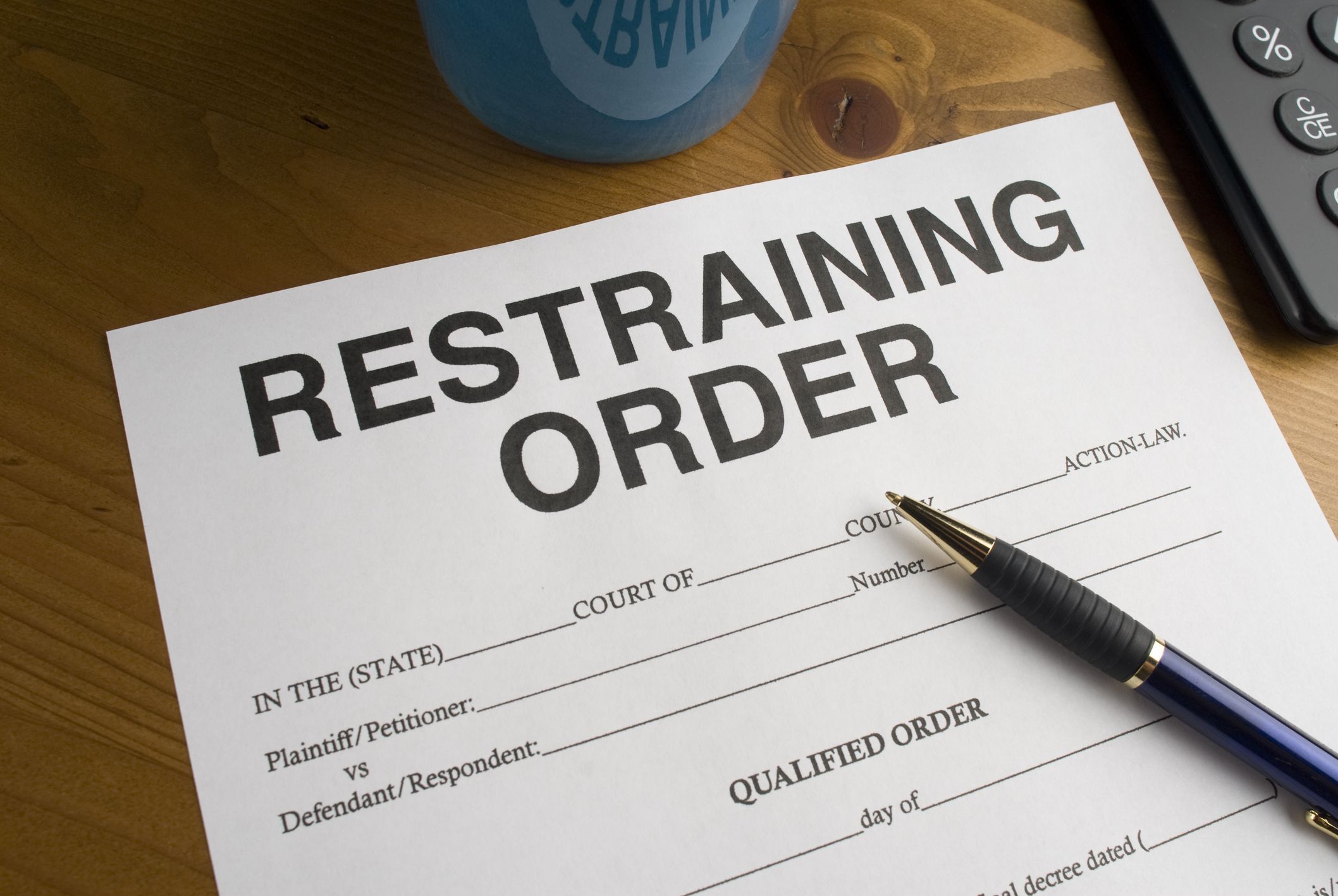 In any determination of whether a Final Restraining Order (“FRO”) should be granted, the Prevention of Domestic Violence Act (“PDVA”) comes into play.  Under this Act, a court follows a two-step analysis under Silver v. Silver, 387 N.J. Super. 113, 125-126 (App. Div. 2006).  The two prongs of the Silver test provide that a court must determine: (1) that the alleged victim has proven by a preponderance of the credible evidence that one of the perquisites set forth in N.J.S.A. 2C:25-19(a) has occurred; and (2) that the restraining order is required to protect the alleged victim from further acts or threats of violence.  The second prong will always be assessed based on an analysis of all the facts – a “totality of the circumstances” analysis.

A few of the most common predicate acts set forth in N.J.S.A. 2C:25-19(a) are as follows: (1) assault; (2) kidnapping; (3) sexual assault; (4) criminal mischief; (5) harassment; (6) lewdness; and (7) criminal sexual contact.  Upon the entry of an FRO, a court may then award temporary custody of the child to the non-abusive parent if it determines that, based on the totality of the circumstances, the best interests of the child would be served by doing so.  H.C.F. v. J.T.B. was a recent Appellate Court decision regarding an FRO request, and it provides a detailed analysis of the Silver test.

In H.F.C., the parties were married in 2008 with one daughter born of their marriage.  Plaintiff-wife filed for a restraining order against defendant-husband under the Prevention of Domestic Violence Act (PDVA), alleging criminal mischief and harassment.  Specifically, she claimed that defendant punched a door off its hinges during a verbal argument.  She also claimed that defendant sent her text messages threatening his own suicide in order to “stop plaintiff’s suffering.”

At an evidentiary hearing, plaintiff testified that the parties had been sleeping in separate bedrooms for almost three years.  She further testified that on one occasion, the parties had a verbal altercation regarding defendant’s alleged lack of empathy for plaintiff’s complaints that her neck was red and hurting.  She expressed that she felt “struck [with] a lot of fear” during their verbal altercation when defendant allegedly punched the bedroom door off its hinges.  She recounted that the parties’ daughter asked why defendant had a “boo-boo on his hand,” which allegedly caused him to run downstairs.

After this altercation, plaintiff brought the parties’ daughter with her to the doctors to have plaintiff’s neck examined.  She then dropped her daughter off at home to nap while she went to the police station to obtain a temporary restraining order because she was “scared every night when [she went] to bed that [defendant]’s going to shoot [her].”  She told the police that defendant kept a gun in the house without a permit and refused to tell her its location.

Concerning the text messages from defendant to plaintiff, she showed the court one which read: “one of these days, I’m going to end my life and your suffering.”  She interpreted this as a threat to the safety of their daughter.  She testified that she started coming home early from work, taking days off, and cancelling business trips because she feared for their daughter’s safety.  Moreover, she started regularly examining her daughter for injuries.

On cross-examination, plaintiff was asked why her daughter posted a father’s day Facebook status saying that he was the most loving and attentive dad.  Plaintiff argued that their daughter was trying to appear positive so that defendant wouldn’t be so horrible.

Defendant, on the other hand, testified that plaintiff would curse loudly in front of their daughter despite his requests that she not do so.  While he admits that he punched the door during the parties’ verbal altercation, he asserts that he did so out of frustration and not to intimidate plaintiff.  He also claims he did not punch the door off its hinges, but rather that the door came loose and he therefore removed the door from its hinges and placed it against the wall.  He claims that his daughter could not have been hurt by this incident.

When the police arrived at the house, defendant testified being surprised because plaintiff never expressed any fear of him.  He also objected to plaintiff’s interpretation of his suicidal text message, asserting that it was a reaction to her complaints regarding his lack of ambition and empathy, and that it was written in a “joking manner.”  With respect to the gun, he testified that the gun was always kept on safety and in a case.  Further, he testified that the parties completed firearms training together in Arizona.

The grandmother of a little boy who was classmates with the parties’ daughter testified on defendant’s behalf that she had never seen him angry and that he maintained a very close relationship with his daughter.  She further opined that defendant did not pose a danger to his child.

After the hearing, the Family Part judge entered an FRO against defendant and in favor of plaintiff.  The judge reasoned that his decision came down to credibility and found plaintiff’s testimony to be more credible.  The judge applied the Silver test in finding that defendant committed the predicate acts of criminal mischief and harassment by punching the bedroom door and the subsequent verbal altercation, thus satisfying the Silver test’s first prong.  The court also found that an FRO was necessary under the second prong of the Silver test in order to protect plaintiff from further abuse.

The Family Part judge also awarded plaintiff temporary custody of their daughter and exclusive possession of the marital home, but allowed defendant generous visitation rights after finding that he did not pose a danger to their daughter.

On appeal, defendant argued that plaintiff failed to meet her burden under the Silver test.  He also challenged the court’s decision regarding custody of their daughter, asserting that he had been the child’s primary caregiver.

The Appellate Division ultimately affirmed the Family Part’s holding.  In doing so, it stated that a person commits criminal mischief if he or she “purposely or knowingly damages tangible property of another.”  A person commits harassment “if, with purpose to harass another… [he or she] engages in any… course of alarming conduct… with purpose to alarm or seriously annoy such other person.”

The Appellate Division noted that in other cases, they held that the spouse who broke the bedroom door of the parties’ marital home committed the predicate act of criminal mischief.  Concerning the harassment finding, the Appellate Division emphasized that such an analysis is based on the totality of the circumstances.  Here, the Appellate Division was satisfied that the credible evidence determined by the Family Part was sufficient to warrant an FRO in order to protect plaintiff and prevent further acts of domestic violence.

Moreover, the Appellate Division found that the Family Part did not err in awarding temporary custody of the parties’ daughter to plaintiff because it was convinced that the child’s best interests would best be served by giving custody to the non-abusive parent.  The Appellate Division also made clear that defendant could not overcome the court’s presumption that the best interests of the child are served with the non-abusive parent by arguing that he was the primary caregiver.  This was irrelevant.

Clearly, each case where domestic violence is claimed will be different based upon the unique facts presented to the court.  An experienced and competent attorney can assist you in either obtaining an FRO or defending against one.

If you have any questions regarding Domestic Violence, Final Restraining Orders, or Child Custody, please contact the skilled matrimonial attorneys at Snyder Sarno D’Aniello Maceri & da Costa LLC.  Call us today at (973) 274-5200.