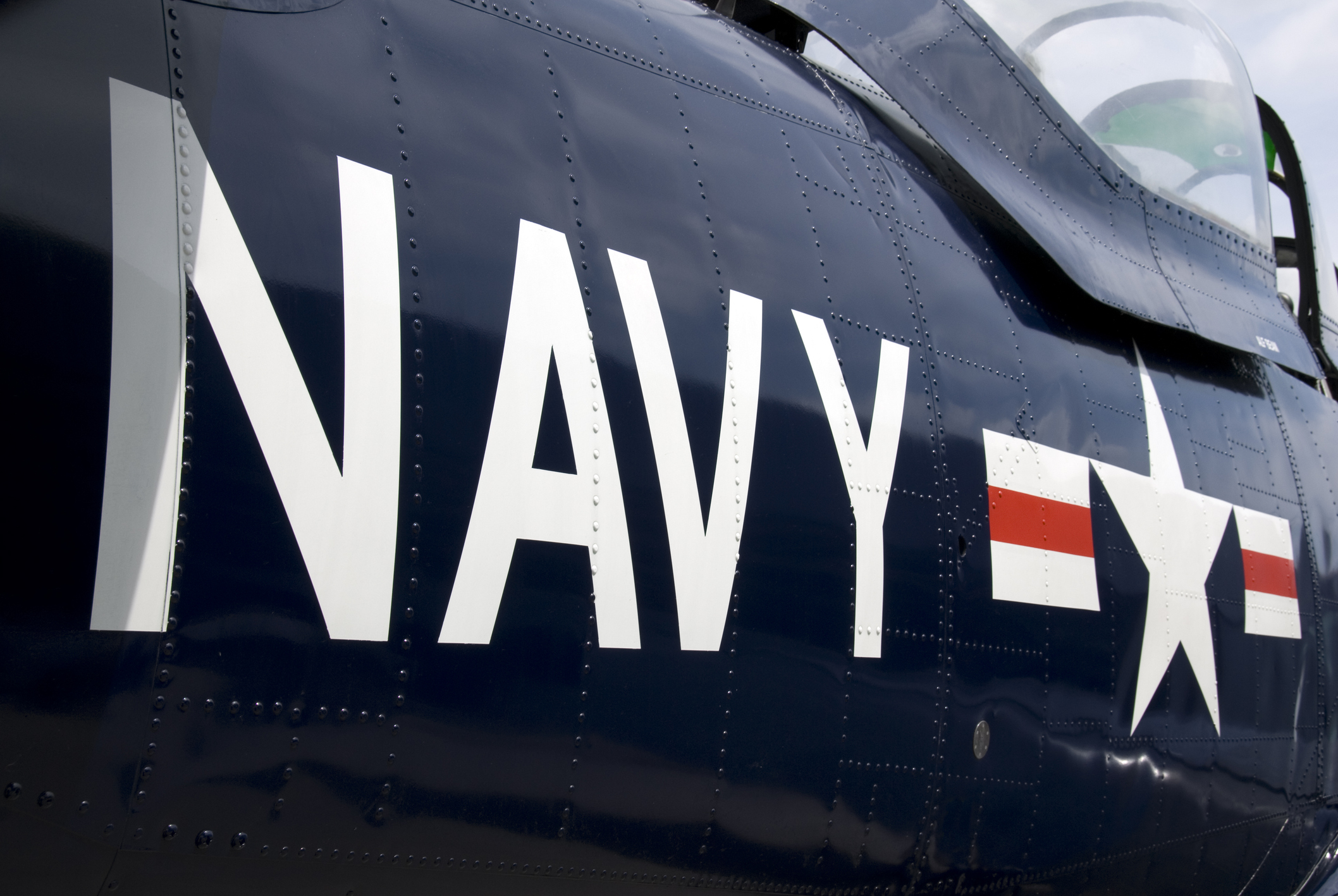 The mother and father in Fisher v. Szczyglowski, who are both Navy employees, had a son together in January 2014, after they had been dating for 2 years.  The mother works at the Philadelphia naval base and lives in New Jersey, and the father lives and works in Maryland.  Because of the Navy’s maternity and paternity leave benefits, the mother and father were able to live together with their son for about 5 months following his birth.  From January until March 2014, they lived at the mother’s home in New Jersey.  When the father’s paternity leave ended in March, they lived in the father’s Maryland residence during the week, and at the mother’s home on weekends.

The mother went back to work in June 2014, and the relationship ended at that time.  She filed a non-dissolution complaint seeking custody of the child on July 10, 2014.  The father filed a counterclaim seeking joint legal custody of their son, but requesting that he be granted physical custody.  They agreed to a temporary parenting time schedule pending the custody hearing in which the father would exercise parenting time on alternate weeks from Thursday through Sunday.

By the December 9, 2014 custody hearing, the father no longer sought physical custody of their son, and instead proposed that each parent have their son for a week at a time and exchange him every Sunday.  He asserted that the child should spend equal amounts of time with each of his parents so that he could bond with both.  The mother proposed that they make the temporary schedule permanent, and set forth numerous reasons as to why her arrangement was preferable.  She believed it was better for their son because her mother—their son’s maternal grandmother—cared for him while she worked, whereas the father would need to put the child in daycare.  The mother claimed that daycare would be too “disruptive” for their son, and was worried about him being exposed to other children’s germs.  In addition, she expressed concern about the amount of traveling their son would do if they alternated weeks, somehow believing it would be more difficult to make the trip every Sunday than every other Thursday and Sunday.  The mother also pointed out that she had been their son’s primary caretaker since he was born, and contended that the fact that she was still breastfeeding made expanded parenting time for the father impossible.  To support the latter point, she provided a letter from their son’s pediatrician that stated that it was “preferred” that he spend time in close proximity to the mother until he stopped breastfeeding.  The letter further recommended keeping the child in a stable environment with “consistent caregivers” who could provide a “similar routine.”

The mother also argued that her parenting time schedule was superior because of the father’s behavior.  She stated that on one occasion, he threatened to take their son and not bring him back to her—even though he never did so.  She also said that the father was good with their son but had anger issues, pointing to one instance in which he slammed his fist down when a sausage casing exploded, and another time where he yelled, cursed, and kicked a stool across the room when they were arguing.  Finally, she said that the father had sent her emails attacking her character and that they did not communicate well.  However, she further stated that communicating by email would be “great” as long as the father did not make harassing comments.  The father also consented to email communications as long as they only discussed the child, and agreed that they did not communicate well, asserting that the mother devalued his parenting and ignored questions he asked about their son.  However, he believed that they might communicate better when the case “settle[d] down.”

The Family Part agreed with the father and ordered that the parents share custody of their son on an alternating-week basis.  The judge reasoned that both parents were responsible for conceiving the child, and thus both “ha[d] a right to spend as much time as necessary with the child.”  The judge found that it was not “terribly relevant to an ultimate decision” that the mother regularly cared for their son for a period of time, and dismissed her concern about his potential exposure to germs at daycare.  The judge also found that breastfeeding should not be an issue, pointing out that the child clearly did not go unfed when the mother was at work.  Moreover, the court acknowledged that the distance made things inconvenient and difficult, but not impossible.  Because the child was in the “formative years” and the “bonding years” in which he develops a relationship with both parents, the court concluded that “there should be true shared parenting in this situation.”  Finally, the judge stated that the parents should communicate about the child by email, and that they should limit their discussions to informational matters only.

The mother appealed, arguing that the Family Part judge failed to apply the 14 factors set forth in N.J.S.A. 9:2-4(c).  The Appellate Division observed that many of those factors were inapplicable because they concern specific issues that were not raised, or were otherwise irrelevant to this case.  For example, both parents are willing to accept custody, there is no history of domestic violence, and neither parent contended that the other had acted inappropriately in any way or that the other was an unfit parent.  Moreover, the child is not old enough to express any preference, and not old enough to attend school, such that the continuity or quality of his education was not an issue.

In regard to “the parents’ employment responsibilities,” the Appellate Division observed that both work full-time, and both require some kind of childcare while they work.  The Appellate Division also pointed out that the Family Part judge addressed the mother’s concerns about putting the child in daycare the 4 days the father was at work, implicitly approving of the judge’s comment that the mother cannot have the child “live in a glass bubble.”  Moreover, the Appellate Division found that the judge addressed “the parents’ ability to agree, communicate and cooperate in matters relating to the child,” and that both the mother and father consented to communicating by email if the subject matter was limited to their son and the communications were respectful.  The judge below addressed the mother’s concerns and ordered a method of communicating that was agreeable—and that maintains a record of all communications, in case issues arise.  The Appellate Division also noted that the New Jersey Supreme Court does not require that parents have a friendly relationship to share parenting responsibilities, and that the ability of parents to cooperate should not be based on their actions in the midst of an emotional custody dispute.  In fact, the father believed that they might communicate better when the litigation ended.

The trial judge also addressed “the geographical proximity of the parents’ homes,” finding that the distance complicated matters, but did not render the situation impossible.  The Appellate Division further observed that the mother never argued that the distance precluded parenting time for the father, but rather that traveling that distance every other Thursday and Sunday was somehow easier on their son.  Like the court below, the Appellate Division questioned the logic of that assertion, as the same number of trips is necessary in either situation.  Finally, the judge considered “the extent and quality of the time spent with the child prior to or subsequent to the separation,” finding it irrelevant since the child was only 11 months old at the time of the hearing and had spent more time with his mother only as a result of her more generous leave and the temporary arrangement.

The mother also argued that the Family Part judge failed to review any expert custody evaluation or home study before reaching a decision.  The Appellate Division pointed out that no such assessments were submitted to the judge, and that the mother conceded during oral argument before the Appellate Division that she declined to obtain evidence of that kind.  She also contended that the judge failed to make findings as to whether being placed in daycare would be detrimental to the child because of his alleged stranger anxiety.  The Appellate Division noted that this “diagnosis” was third-hand: the father told her that he took their son to a pediatrician, who suggested that the baby “may” have stranger anxiety.  But the Appellate Division found no indication that the physician who rendered this opinion did so within a reasonable degree of medical certainty and, moreover, the mother had scoffed at the notion that the child had such an affliction and testified that she had never seen him exhibit anxiety.  Furthermore, even if the child did have stranger anxiety, there was no indication that treatment for that condition involves keeping a child out of daycare.

The mother further contended that the Family Part judge failed to take her concerns that the child was breastfeeding seriously, asserting that the judge was “overly hostile” toward her on that topic.  The Appellate Division disagreed and found that, in context, the judge’s comments simply expressed his skepticism that breastfeeding is a legitimate barrier to equal co-parenting.  The child was obviously not being breastfed while the mother was working or when he was with his father alternating Thursdays through Sundays.  The Appellate Division concluded that the judge’s comments implied that the child will not be harmed by being away from his mother to spend time with his father.

If you have a custody or other child-related issue, contact the skilled matrimonial attorneys at Snyder Sarno D’Aniello Maceri & da Costa LLC.  Call us today at (973) 274-5200.