Wife Entitled to a Portion of Closing Bonus Received Post-Divorce 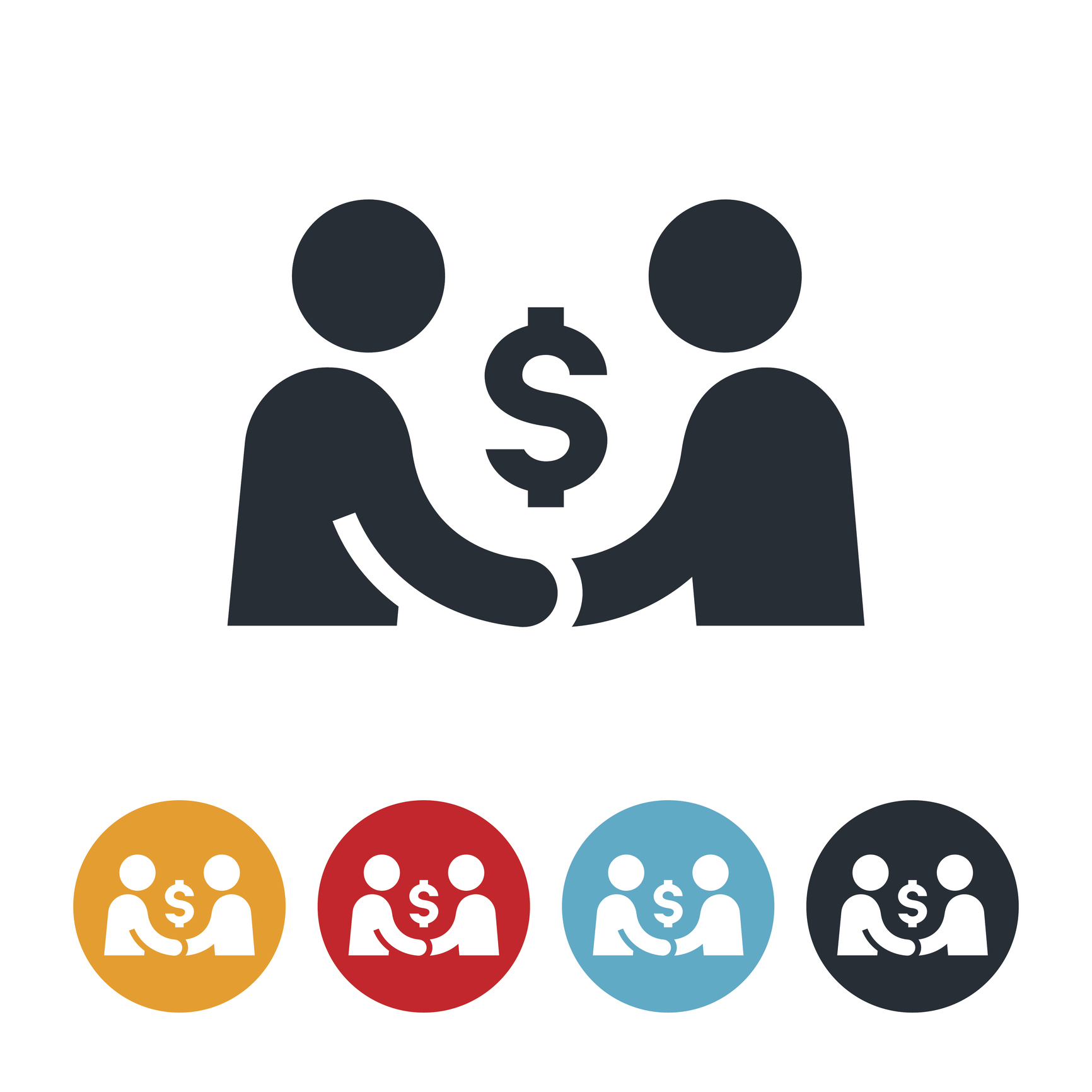 The husband and wife in Thieme v. Thieme were married for only 14 months, but cohabited for 8 years before the marriage.  They began dating in early 2001, and moved into an apartment together in mid-2002 after they discovered that the wife was pregnant.  Their daughter was born in January 2003.

The husband was the sole breadwinner for most of the relationship.  When his friend and his friend’s brother started IBG, a biometric consulting firm, in 1999, they hired the husband at a salary of $40,000.  He eventually became Director of Special Projects and earned $180,000 per year.  Throughout his employment, the husband worked 90 to 100 hours per week, traveled often and for prolonged periods, and was considered to be instrumental in the company's success.  As a result, the husband entered into a Statement of Understanding with IBG’s owners in May 2002, which provided that the husband would “be provided with remuneration and compensation commensurate with his past and present role in the execution and delivery of IBG products and services.”  According to one of the IBG owners, the agreement reflected his intention to “take care of” the husband if the company sold, even though it did not specify either the form or the amount of compensation.  The husband, however, said he did not think the Statement of Understanding was enforceable.  He also stated that he told the wife about the agreement, but she denies that she knew of it at that time, claiming that she learned of the agreement in 2006, when the owners entered into “very preliminary discussions” to potentially sell IBG.  Nevertheless, the wife asserted that the husband told her that he would be entitled to share in the proceeds of a sale of IBG, and that they bought a new house in anticipation of those monies.

Early in the relationship, the wife held a series of retail jobs, but stopped working shortly after learning she was pregnant.  She had hoped to pursue a career, but she and the husband agreed that she would maintain their home and care for their daughter while he continued his demanding work schedule.  In addition to caring for their child and doing almost all the household chores, the wife paid their bills, managed their rental properties, and made minor repairs as necessary.  When the husband needed to oversee an important government project, the wife and daughter relocated to Virginia with him for 3 years.  But when they returned to New Jersey in 2009, the relationship between the husband and wife deteriorated, and they fought frequently about the husband’s job.  The wife resented the number of hours he worked and disliked IBG’s owners.  In July 2010, following a series of angry back-and-forth emails, the husband sent the wife an email acknowledging that she sacrificed her professional and educational goals to stay home with their child while he advanced his career.  The email further stated that “in the future, regardless of [their] circumstances, it is appropriate that [he] support [the wife] fully in recognition of this sacrifice.”

Despite the frequent conflict between them, the husband and wife married in August 2010.  The marriage began positively, but quickly declined when the wife put the husband’s career in jeopardy by demanding that he work less and respond to emails immediately during the workday.  In October 2011, the wife sent several incendiary emails to IBG’s owners and employees about the husband, claiming that she had a video of an “altercation” between them in front of their daughter.  In the emails, she called the owners derogatory names and demanded payment of money that she alleged they owed her.  That same month, the wife filed for divorce.

In April 2012, the husband and wife executed a property settlement agreement (PSA), which evenly divided all of the assets acquired throughout their cohabitation and marriage, and addressed alimony, child support, and parenting time.  The PSA did not mention deferred compensation, although they had vaguely discussed the eventual possibility of the husband receiving an ownership interest in IBG.  The court entered the final judgment of divorce on June 20, 2012, and the wife relocated with the daughter to her home state of Mississippi.  In September 2012, the owners sold IBG and gave the husband a $2.25 million closing bonus pursuant to the 2002 Statement of Understanding.

The husband did not tell the wife about the closing bonus.  She found out about it when he deposited $200,000 into a bank account that he did not realize was still a joint account.  The wife then withdrew the $200,000 from the account without telling the husband.  He filed a complaint in Mississippi state court, requesting intervention in a visitation disagreement and that the court hold the wife in contempt for taking the funds.  The wife counterclaimed, alleging that the husband committed fraud by not telling her that he would receive a large sum from IBG’s sale.  The wife then moved back to New Jersey, and the matter was transferred to the Family Part.

After trial, the Family Part judge concluded that the wife was entitled to an equitable share of the portion of the closing bonus earned during the marriage—but not of the portion earned during their cohabitation.  The court concluded that the husband earned the bonus over the course of his entire employment, which resulted in a rate of $14,423 per month.  Thus, he earned $201,923 during the 14-month marriage which, after taxes, was $100,961.  The trial court subjected that amount to equitable distribution and awarded the wife 30%.  The wife was permitted to retain $30,288, and was ordered to return $169,712 to the husband.  The wife appealed and the case made its way to the Supreme Court.

The Supreme Court agreed with the judge’s determination that only the portion of the closing bonus earned during the marriage was subject to equitable distribution.  The Court explained that holding the premarital portion of the bonus to be a marital asset would contravene the equitable distribution statute, which applies to “all actions where a judgment of divorce, dissolution of civil union, divorce from bed and board or legal separation from a partner in a civil union couple is entered.”  However, the Court nevertheless concluded that this case presented extraordinary circumstances that warranted imposition of a constructive trust to prevent the husband from being unjustly enriched.  The Court observed that the prospect of deferred compensation played a substantial role in the couple’s personal and financial planning from early in the relationship.  Although the husband and wife debated the timing and extent of their discussions about the Statement of Understanding, the husband clearly told the wife on multiple occasions that he expected some reward if IBG was sold.  Despite the uncertainty regarding the fact of a sale and the quantity and nature of the husband’s compensation in the event thereof, the owners’ promise of compensation was a key consideration in decisions made by the husband and wife throughout their relationship.

In particular, despite the wife’s desire to work outside the home, the husband staunchly opposed the idea of finding less demanding work so that he could become more active in their daughter’s care and allow the wife to work.  Moreover, throughout the relationship, the wife’s efforts in the home enabled the husband to focus on his career.  The husband even acknowledged the “great sacrifice” that she made and acknowledged that her claim to share in all his assets dated back to January 2003, when their daughter was born.  The Court found that the wife decided not to further her education and employment, at least in part, in reliance on the husband’s assurances to support her.  But because the sale of IBG, and thus the husband’s closing bonus, materialized 3 months after the divorce, it could not be divided along with their other assets.  So, although the trial court was correct in its application of the equitable distribution statute, the Supreme Court concluded that limiting the wife’s share to such an insignificant sum would result in unjust enrichment.

Accordingly, the Court ordered the imposition of a constructive trust for a percentage of the portion of the closing bonus earned by the husband during the roughly 8 years of cohabitation.  The Court did not, however, decide the precise period of cohabitation, the percentage that the wife should receive, or the impact of taxes, and directed the judge to make such determinations on remand.