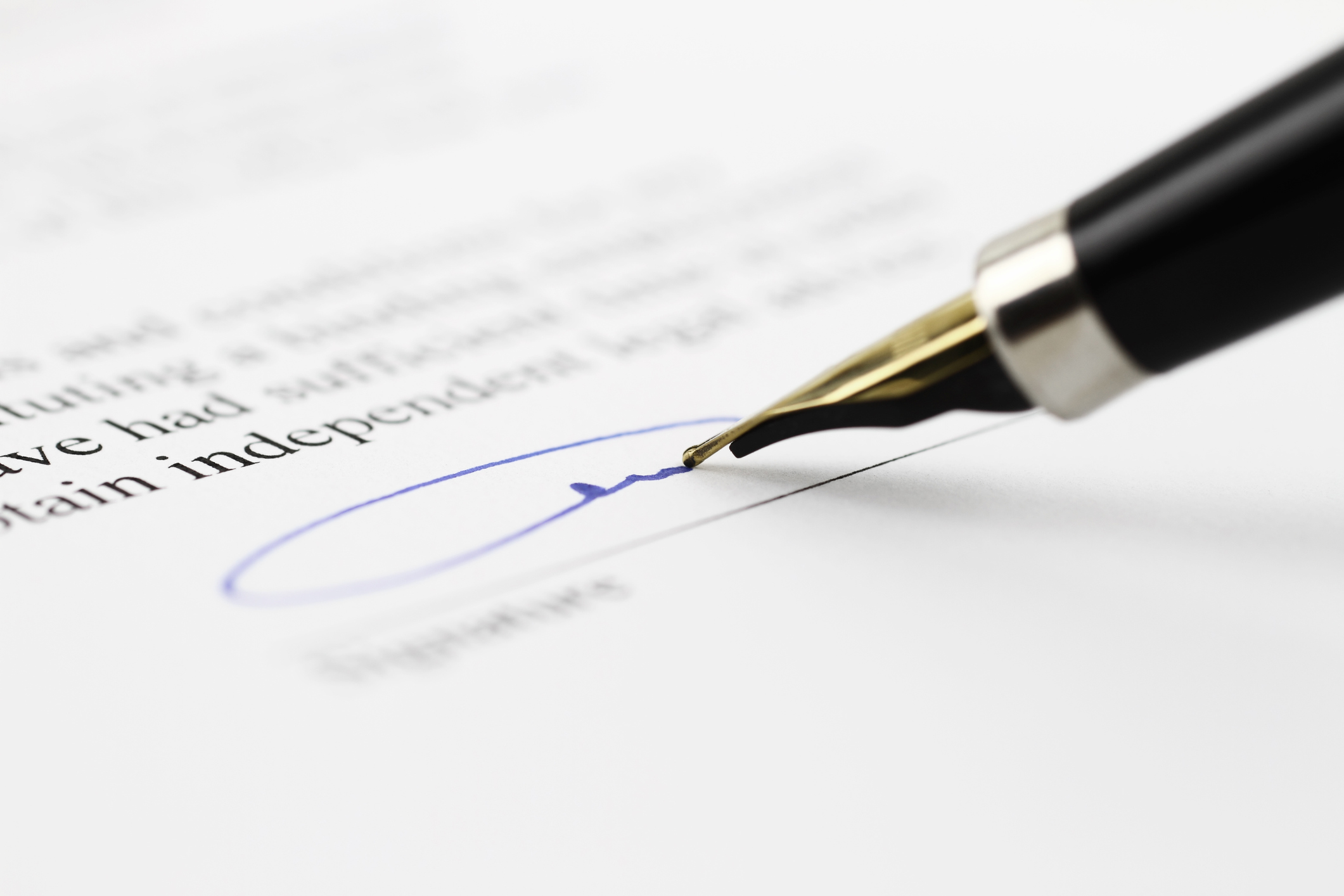 In interpreting settlement agreements in the marital dissolution context, courts are guided by two sets of principles.  A court applies equitable principles to ensure a matrimonial agreement is fair, and contract rules to determine an agreement’s meaning.  If there is clear and convincing evidence that a marital settlement agreement (MSA) does not express the spouses’ true intent due to their mutual mistake, a court may use its equitable powers to reform the agreement.

In Maurer v. Maurer, the husband and wife married in 1989 and were married for 15 years.  The husband filed for divorce in 2014, and he and the wife tried to negotiate a settlement for six months.  In November 2014, an early settlement panel helped them to reach an agreement, which was memorialized in a handwritten document and signed by the husband, the wife, and their respective attorneys.  Among other things, the MSA provided that the husband would provide $30,000 from his 401(k) to the wife via a qualified domestic relations order (QDRO), which would serve to equalize the value of his retirement account with the combined values of the wife’s pension and that of the marital home, which the wife would retain.

After signing the MSA, the husband and wife appeared before the court to finalize their divorce.  The judge found that the husband and wife “freely, knowingly, and voluntarily” entered into the MSA.  However, the judge did not make findings as to the terms of the agreement because he did not hear testimony regarding the respective circumstances of the husband and wife.  After the hearing, the husband claims his counsel was preparing a formal judgment of divorce (JOD) when he apparently realized that a tax adjustment was necessary for the retirement accounts.  Without such adjustment, the husband asserted that the wife would get a disproportionate share of the marital assets—which would be contrary to their shared intent to split the property equally.  The husband and wife were unable to resolve the problem, and the wife subsequently filed a motion to enforce litigant’s rights when the husband refused to deed the marital residence to her.  The husband filed a cross-motion, asking the court to amend the MSA by adjusting the retirement accounts for taxes and relieving him of his obligation to pay the $30,000 offset.

On May 22, 2015, the trial court granted the wife’s motion and denied the husband’s cross-motion.  The judge found that the husband and wife did intend to divide the major assets equally.  However, the judge further found that the husband and wife had considered tax consequences in considering alimony and, as a result, concluded that they intended to distribute the retirement accounts using unadjusted figures.  Finally, the judge held that even if failing to address the tax implications on the retirement accounts was an oversight, it did not render the MSA unfair or unenforceable because both the husband and the wife had made concessions to reach a settlement.  The husband appealed, arguing that enforcing the MSA without adjustment would produce an unfair result—namely, a $72,000 windfall to the wife.  He further asserted that the failure to consider tax consequences was a mutual mistake that contravened their intent in dividing marital assets.  The wife, however, said that there was no mutual mistake.

The Appellate Division agreed with the trial court’s conclusion that failing to consider the after-tax values of the retirement accounts in the MSA did not constitute a mutual mistake.  The Appellate Division contrasted this case to one in which a plenary hearing was necessary to determine whether a mutual mistake had occurred.  In that case, the husband and wife had filed conflicting certifications that raised issues of material fact.  Moreover, enforcement of the term at issue would cut off the wife’s primary source of income, so that even if no mistake had occurred, the trial court needed to determine whether the agreement was fair.  In contrast, the husband in this case never requested a plenary hearing—nor would he have been entitled to one if he had.  The Appellate Division noted that not every matrimonial proceeding requires a hearing.   The husband did not raise any issue of genuine material fact that would necessitate a plenary hearing, and certainly did not demonstrate clear and convincing proof of mutual mistake that would warrant reformation of the MSA.

The Appellate Division also agreed with the lower court’s conclusion that the MSA would not create an inequitable result, even if the failure to account for taxes on the retirement accounts was an oversight.  Here, the MSA was a fully integrated agreement, and both the husband and the wife made concessions in order to settle.  The wife certified that she accepted less alimony than she originally wanted, and that she gave up claims for joint marital expenses and personal property.  The husband did not contest her assertions or present compelling evidence that enforcement of the MSA would produce an unconscionable result.  Accordingly, the Appellate Division affirmed the trial court’s decision.

If you have an issue with a marital settlement agreement, contact the skilled matrimonial attorneys at Snyder Sarno D’Aniello Maceri & da Costa, LLC.  Call us today at (973) 274-5200.