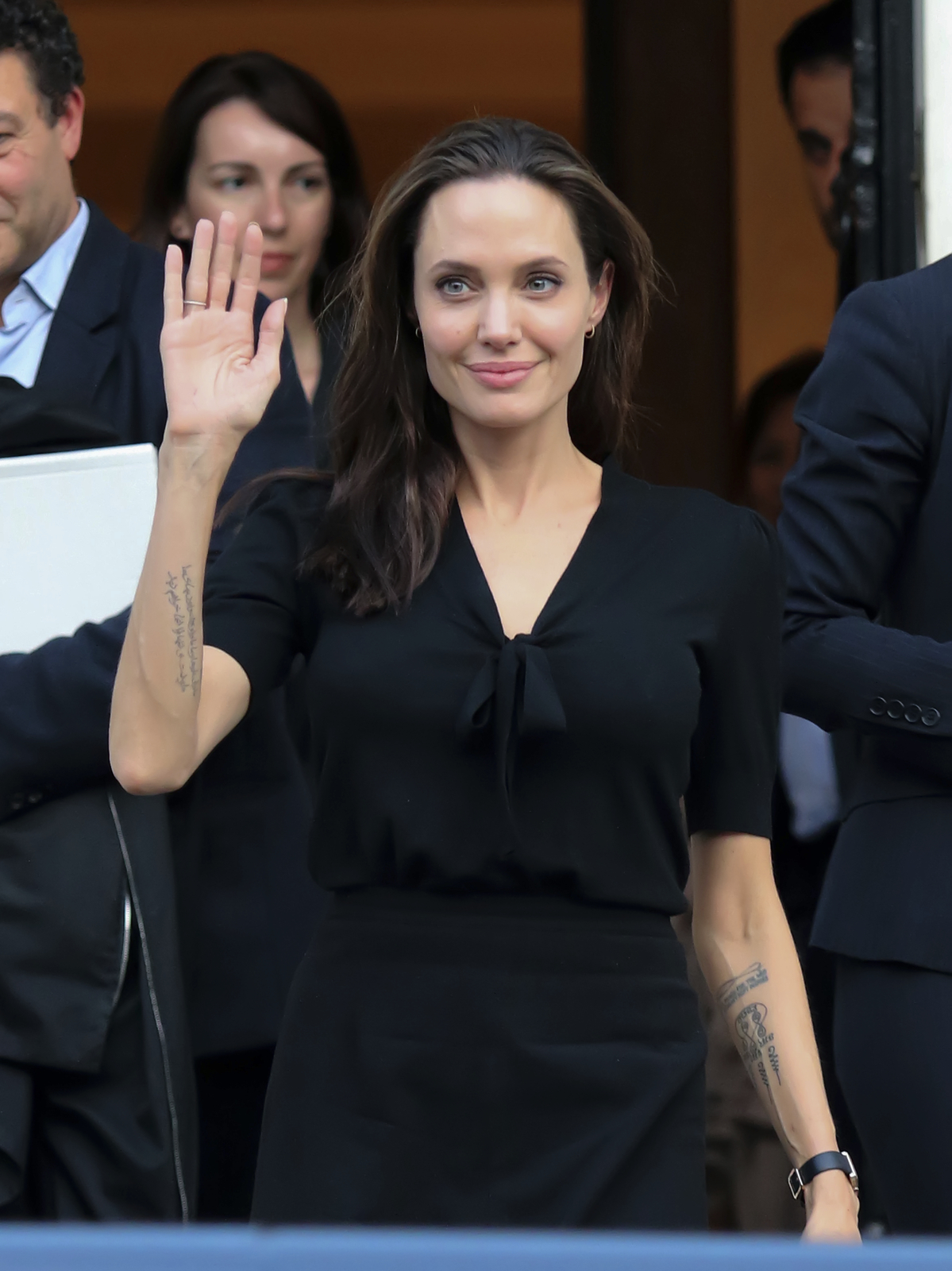 Last month, Hollywood’s top couple shocked the world when it announced the end of their 12-year relationship.  The breakup of Brad Pitt and Angelina Jolie has even saddened the Dalai Lama, according to US Magazine.  The couple separated on September 15, and Jolie filed divorce papers in Los Angeles just a few days later on September 19.  Jolie cited “irreconcilable differences” as the reason for the divorce.  But according to the Associated Press, one of Jolie’s attorneys revealed the next day that Jolie decided to end her marriage with Pitt “for the health of the family.”

While Pitt and Jolie were together for a considerable amount of time (at least by Hollywood standards), their marriage lasted only 2 years and 1 month.  According to CNN, the couple got married in August 2014, though their relationship began when they were filming Mr. & Mrs. Smith in 2004.  At the time, Pitt was still married to Friends actress Jennifer Aniston.  Aniston and Pitt announced their split in January 2005, and Aniston filed divorce papers a few months later.  “Brangelina” has been a tabloid fixture ever since.

As disappointing as the uncoupling of Brangelina might be to some, what makes this Hollywood breakup most troubling is the potentially adverse impact it could have on the six Jolie-Pitt children.  The couple has three biological kids and three little ones adopted from countries around the world.  The brood consists of 15-year-old Maddox, 12-year-old Pax, 11-year-old Zahara, 10-year-old Shiloh, and 8-year-old twins Vivienne and Knox.  On her divorce petition, Jolie seeks to share legal custody with Pitt, but wants physical custody of all 6 children.  Pitt would be allowed visitation.  Of course, this is just what Jolie wants; divorce proceedings will likely be necessary to hammer out particulars.  And even if Jolie gets physical custody, a schedule of parenting time or visitation between Pitt and each of the children will need to be agreed upon or ordered.

Moreover, Jolie might have good reason for requesting sole physical custody.  USA Today  speculates that a confrontation between Pitt and his children might have hastened the separation.  The Washington Post reports that the FBI confirmed it is investigating an incident between Pitt and his kids that took place on a private plane on September 14—the day before the couple separated.  According to USA Today, Pitt was allegedly verbally and physically abusive with the children in the air and on the tarmac after landing in Minnesota.  But even those relatively unspecific accusations are yet largely unconfirmed.

And, of course, because Brangelina is a high-profile couple worth millions of dollars, there is also the question of dividing their assets.  Since their romance began in 2004, the couple has collectively earned $555 million, reports Forbes, with Pitt earning $315.5 million before taxes and Jolie grossing $239.5 million.  Since their marriage, Pitt and Jolie had a combined gross income of $117.5 million, with Pitt earning $76.5 million of that sum.  It seems likely that Pitt and Jolie would have entered into a prenuptial agreement because they are both individually wealthy and have both been married before.  But right now, the existence of a prenup is mere speculation.  If Pitt and Jolie did not enter into such an agreement, California’s community property laws will govern.  In that case, the $239 million and $198.5 million earned by Pitt and Jolie, respectively, between 2004 and 2014 will not be subject to division.  Even though they were in a romantic relationship at that time, those moneys are considered individual property, rather than marital property, because they were earned before the marriage.  Of course, it is likely that Pitt and Jolie used some of their individual funds to purchase things, like property, together.  In that case, the jointly-owned properties would be subject to 50-50 division under California law.

While prenuptial agreements seem like a given for many Hollywood A-listers, they are not just for the rich and famous.  In fact, prenups can actually be beneficial for many couples entering into marriage.  Nobody wants to think about the possibility of divorce as they begin their married lives together; but a prenup can help avoid contentious, drawn-out court proceedings in the event a couple does decide to dissolve their marriage.

If you are wondering whether a prenuptial agreement is right for your relationship, contact the skilled matrimonial attorneys at Snyder Sarno D’Aniello Maceri & da Costa LLC.  Call us today at (973) 274-5200.