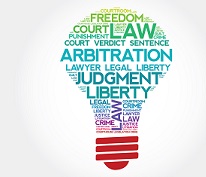 In matrimonial matters, the parties are often free to submit their case to arbitration rather than heading straight for the courtroom.  In some cases, arbitration may be less costly.  In most situations, it is also less contentious and therefore well suited to a more amicable divorce.  In the recent unpublished New Jersey Appellate Division case of Hetherington v. Molinaro the court addressed an issue that arose when the parties submitted their case to arbitration.

For the first time on appeal, Defendant objected to the arbitrator’s decision based on the fact that he failed to disclose that Plaintiff’s attorney was his former law clerk.  Under N.J.S.A. 2A:23B-12, an arbitrator is required to make certain disclosures in his role as an arbitrator.  These disclosures include disclosing any “known, existing, and substantial relationship with a party.”  A court must vacate an arbitration award when there is proof of “evident partiality” for failing to disclose a personal relationship.  See Manger v. Manger, 417 N.J. Super. 370, 375 (App. Div. 2010).

Ultimately, the Appellate Division found that there was no evidence of “evident partiality” in this case because the clerkship ended thirteen years prior and there were no facts showing an ongoing relationship.  Thus, the relationship was not “existing,” nor was it “substantial.”

If you have questions regarding arbitration, call the experienced attorneys at Snyder & Sarno, LLC at (972) 274-5200 to have your questions answered.