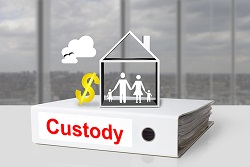 In some cases, after a divorce, children may live with one parent, only to move in with the other parent after time has passed.  This type of situation can become complicated when it comes to the payment of child support, an issue addressed in the recent unpublished New Jersey Appellate Division case of Baskin v. Baskin.

In Baskin, the parties shared three children.  In their property settlement agreement, they agreed to share physical custody of two of the children while the third would live primarily with the father.  The father was required to pay $3,300 in child support per month.

After some time, all three children were living primarily with the father.  As a result, the father stopped making child support payments and the mother filed a motion to enforce the PSA.  The trial court ordered the father to pay his outstanding arrears and decided that the father would be designated as the parent of primary residence for the two children as of June 27, 2012.

On appeal, the father argued that his child support obligation should have been terminated as of April 16, 2011, the date when the two children moved to his home.  The Appellate Division addressed the issue and noted that under N.J.S.A. 2A:17-56.23a, retroactive modification of a child support award is barred.  See Ohlhoff v. Ohlhoff, 246 N.J. Super. 1, 6 (App. Div. 1991).  The Appellate Division, however, concluded that because all three children were primarily living with the father, his child support obligation should be adjusted going forward.

If you want to seek a modification of your child support obligations due to changed circumstances, call the skilled attorneys at Snyder & Sarno, LLC.  Contact us today at (973) 274-5200.