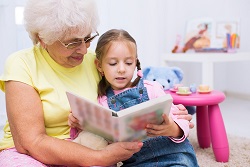 On appeal, the Appellate Division noted that under the Grandparent Visitation Statute, grandparents have the ability to seek visitation with grandchildren if they can show that it is in the best interests of the child.  In addition, the court noted U.S. Supreme Court and New Jersey Supreme Court precedent in this area of the law.  In particular, the U.S. Supreme Court in Troxel v. Granville, 530 U.S. 57 (2000) struck down a grandparent visitation law.  The New Jersey Supreme Court interpreted Troxel in Moriarty v. Bradt, 177 N.J. 84 (2003) to say that a parent’s decision regarding visitation with grandparents will be presumed to be in the best interests of the children and should be given “special weight.”  Thus, grandparents should only be awarded visitation when they can show “that the children will be protected ‘from serious physical or psychological harm.’”  See Moriarty, 177 N.J. at 113.  In particular, a parent’s death is sufficient to satisfy this required showing.

If you are a grandparent and would like to seek visitation with your grandchildren, the experienced attorneys at Snyder & Sarno, LLC can help you with your case.  Call us today at (973) 274-5200.