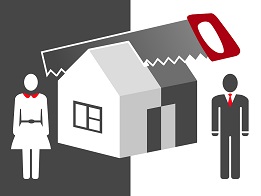 In any divorce action, property division is potentially an issue.  Many couples share assets such as a home, cars, or bank accounts.  For those divorcing couples that have a significant amount of property, for example in real estate, equitable distribution of that property can be even more contentious.  In the recent unpublished New Jersey Appellate Division case of McGrath v. McGrath, the court addressed the issue of whether property titled in only one party’s name and some of which was acquired before the marriage was subject to equitable distribution.

Plaintiff was a real estate investor that through a series of bad transactions was forced to declare bankruptcy, which affected his credit score.  When he and Defendant met, she became interested in investing in real estate.  Because she had good credit, the couple purchased six properties declaring Defendant as the titleholder.  Two of these properties were purchased before the marriage.  The trial judge ruled that all six properties were subject to equitable distribution in the couples’ divorce because they had entered into the transactions as part of a joint venture.

On appeal, the Appellate Division noted that there are three steps a court must take when equitably dividing property: (1) the court must decide which property is subject to distribution; (2) the court must value the property; and (3) the court must divide the property equitably between the parties.  See Rothman v. Rothman, 65 N.J. 219, 232 (1974).  The court noted that although generally property acquired prior to marriage is not considered marital property, this is subject to exceptions based on the specific case facts.  See Valentino v. Valentino, 309 N.J. Super. 334, 338 (App. Div. 1998).  Thus, the Appellate Division upheld the trial court’s ruling.  Because the parties had purchased the real estate in a joint venture, even if some properties were purchased before the marriage, all properties were subject to equitable distribution.