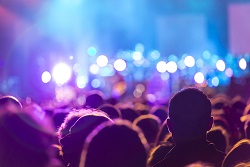 It is often the case that divorcing or already divorced parents going through a custody battle have contentious arguments about issues involving their children.  In the recent unpublished New Jersey trial court opinion of Zoe v. Zoe, the parties argued over their child’s attendance at a rock concert starring the singer Pink.

After the child’s mother took her to the concert, her father brought the issue before the court claiming that his ex-wife abused her parental discretion because the concert was not appropriate for an 11 year old.  The trial court held that the mother’s actions were properly within her parental discretion.  Specifically, the court said that a parent has a “right to exercise reasonable parental discretion” when the child is in his or her physical care.  See Stanley v. Illinois, 405 U.S. 645, 651 (1972).  In addition, a decision involving exposure to the arts will be within a parent’s reasonable discretion unless it is “so objectively age-inappropriate that no reasonable person could rationally disagree on same.”

The court pointed out a feature of many custody battles—expensive and time consuming litigation over minute details of the opposing parent’s parenting style.  While the court recognized that parents should attempt to communicate with one another when it comes to parenting, it noted that is not always the case.  See Beck v. Beck, 86 N.J. 480, 488 (1981).  Rather than bringing small disputes to court, the parties should recognize that each parent has the right to exercise his or her own judgment, within reason, when the child is in his or her custody.

If you are currently going through a custody battle, call the experienced attorneys at Snyder & Sarno, LLC for help with your case.  Contact us today by calling (973) 274-5200.