Survivor Benefits in Pension After Divorce 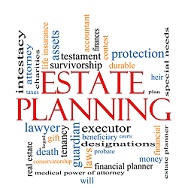 In the recent unpublished Appellate Division case of Ackad v. Gobrial, the parties disputed the equitable division of Defendant’s pension.  Though they agreed to split Defendant’s pension, their only remaining dispute after entering into a Property Settlement Agreement (PSA) was whether Plaintiff should receive survivorship rights to the pension.

Plaintiff filed a motion with the court asking for “a 25% survivor annuity.’”  This would ensure that she would receive her half of the pension if Defendant died prior to retiring.  Even though a survivor annuity would reduce Defendant’s monthly pension payments, Plaintiff agreed to pay half of the reduction.

Defendant opposed her motion and claimed that a survivor annuity, which was not specifically referenced in their PSA, is a benefit that is separate from receiving half of the pension.  He also alleged that she should be responsible for payment of the entire reduction in his monthly pension.

The trial judge accepted Plaintiff’s argument and concluded thatshe would receive a survivor annuity to protect her interest in the pension and would be responsible for paying half of the reduction in the monthly pension.

On appeal, the Appellate Division gave an overview of the law regarding the division of retirement benefits in a divorce.  First, it acknowledged that pensions are subject to equitable distribution in divorce.  See Claffey v. Claffey, 360 N.J. Super. 240, 255 (App. Div. 2003).  There are three ways that a pension can be split between divorcing spouses, each of which has its own implications.  One of those options—the one chosen here—is a deferred distribution, which means that the spouse receiving the pension only obtains his or her share if the other survives to retirement age.  In other words, when the pensioner spouse retires and receives his or her pension, his or her ex also receives a share.

Thus, the Appellate Division found that the trial judge’s ruling was fair.  Allowing Plaintiff to exercise a survivor annuity ensures that she will receive her share of the pension in the event that Defendant was to die before retiring.  Furthermore, the parties’ PSA accounted for the fact that this issue was unresolved, thus the trial court’s decision comports with the parties’ agreement.

This case highlights the need for an attorney when it comes to equitably dividing your property in a divorce, especially if pensions and similar property are an issue.  If you are currently going through a divorce, call the experienced matrimonial attorneys at Snyder & Sarno, LLC for help with your case.  Contact us today at (973) 274-5200.