Reasons Not to Hide Assets in a Divorce 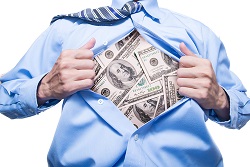 When a couple divorces, it is crucial that each party discloses all of their assets in order for them to receive an equitable property division.  In the recent unpublished New Jersey Appellate Division case of Zuba v. Zuba, Plaintiff wanted to reopen her divorce after she found out that her ex-husband might have hidden assets in the divorce.

In Zuba, after the parties divorced, Defendant lived with friends.  He told the friends he was staying with that he owned property in Costa Rica and had a bank account in Belize that he had concealed in his divorce.  The friends reported Defendant’s statements to Plaintiff.  Plaintiff filed a motion to have her Property Settlement Agreement set aside on the basis of fraud.  The trial court judge denied her motion, stating that she failed to meet the threshold showing of fraud.

On appeal, the Appellate Division noted “relief from equitable distribution provisions contained in a judgment of divorce are subject to Rule 4:50-1.”  See Eaton v. Grau, 368 N.J. Super. 215, 222 (App. Div. 2004).  The court acknowledged the fact that fraud has often been considered a basis for relief under Rule 4:50-1(f), the “catch-all” provision.  The court ultimately remanded the case for further consideration by the trial court.  The court believed that it was fair for Plaintiff to be given the opportunity to develop her allegations through discovery.  From there, the trial court would decide whether a hearing was necessary.

Ultimately, Defendant opened himself up to further litigation by initially hiding his assets in his divorce and subsequently admitting to doing so.  If you are dealing with property division in your divorce and hiding assets could be a problem, call the experienced attorneys at Snyder & Sarno, LLC for help with your case.  Contact us today at (973) 274-5200.