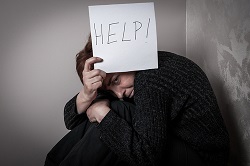 A local New Jersey radio station reported on its website that two members of the New Jersey Assembly recently introduced a new domestic violence bill that is currently making its way through the legislature.  The bill would increase penalties for those found guilty of crimes involving domestic violence.

The Assembly persons were spurred to introduce the bill when they heard the story of a New Jersey woman who suffered a brutal, physical assault by her boyfriend.  The boyfriend received only a simple assault charge, and no prison time, because her injuries were not found to be serious enough to charge him with a harsher offense.

In New Jersey, victims of domestic abuse are protected by the Prevention of Domestic Violence Act codified at N.J.S.A. 2C:25-17.  Under the Act, domestic violence includes the commission of one of a number of crimes, including assault, stalking and harassment, against someone protected by the Act.  Anyone who is experiencing domestic violence can file for a restraining order against his or her abuser.  In addition, the Act provides that the victim may be awarded possession of the residence or custody of the children if domestic is found to have occurred.

If you or a loved one is a victim of domestic violence, the experienced attorneys at Snyder & Sarno, LLC can help you obtain the legal help you need to escape abuse.  Call us today at (973) 274-5200.