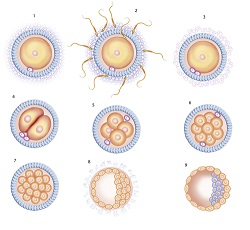 The Daily News recently reported on actress Sofia Vergara’s current legal battle with ex-fiancé, Nick Loeb, over frozen embryos remaining from their in vitro fertilization treatments.  Loeb filed a lawsuit asking for the embryos not to be destroyed.  The couples’ situation is one that many couples face when they do not properly plan ahead.

When a couple decides to freeze genetic material, many clinics will have the couple fill out forms asking them to plan for the material in the event that the couple dies or splits.  In some cases, like Vergara’s and Loeb’s, the couple only plans for death, and neglects to plan for a break up.  In other cases, divorcing spouses will argue that any fertility agreement they reached is invalid.

Because this is a relatively new problem, presenting itself mainly within the past 20 years, courts have yet to settle on the law in this area.  Experts say that most courts are unwilling to allow one spouse to use the genetic material if the other objects.  Other courts will require the parties to come to an agreement, while still others will attempt to reach their own conclusion based on the parties’ expressed preferences.

Ultimately, couples that freeze their genetic material should make sure to plan adequately before doing so.  If you have questions about fertility agreements, call the skilled attorneys at Snyder & Sarno, LLC at (973) 274-5200.