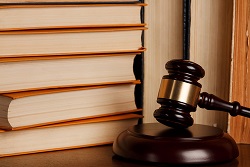 A court may enter a default judgment under Rule 4:43-1 when one party fails to participate in court proceedings.  In the recent unpublished New Jersey Appellate Division case of Eichenbaum v. Eichenbaum, the court addressed the entry of default in a matrimonial matter.

In Eichenbaum v. Eichenbaum, after a few years of litigation, the parties’ case was set for trial.  At trial, it was clear that Defendant, who proceeded without a lawyer, had failed to provide Plaintiff with a significantly large number of documents during discovery that he sought to rely on at trial.  The trial judge ordered that Defendant pay Plaintiff’s attorney $50,000 to allow her to review all of the documents that he had previously failed to provide to her.  The trial judge also adjourned the trial.

When the parties returned to court, Defendant had failed to pay the $50,000 in attorney’s fees.  Thus, the trial judge proceeded to a default hearing where the Defendant was permitted minimal participation.  The judge ultimately decided that Plaintiff would receive sole custody of the children, alimony, and child support and that Defendant would pay attorney’s fees of $70,000.

The court also noted that it was not appropriate for the court to enter a default judgment when Defendant failed to pay attorney’s fees of $50,000 because the court did not explore lesser sanctions considering Defendant’s claim that he could not pay.  Even if the trial court may have thought Defendant was lying about his ability to pay, it never inquired further into the circumstances to determine whether he could pay or not.

Ultimately, this case highlights the importance of obtaining an attorney in a divorce case, especially where a divorce is so contentious that it leads to trial.  If you are currently going through a divorce call the experienced attorneys at Snyder & Sarno, LLC at (973) 274-5200.