How Can Paternity Be Challenged? 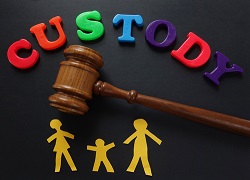 In cases where parties are not married, there are often issues of paternity when one parent seeks custody or child support from the other.  In the recent unpublished Appellate Division case of Reed v. Pettiford, the court addressed a custody dispute between a maternal grandmother and a father.

On appeal, the Appellate Division only addressed the grandmother’s contention disputing paternity.  The court noted that N.J.S.A. 9:17-38-59, the New Jersey Parentage Act, governs paternity.  The court also stated that the Parentage Act was created to preserve the rights of parents and children and to establish procedures for establishing paternity.  Fazilat v. Feldstein, 180 N.J. 74, 82 (2004).  The court noted that under the Act there was a presumption that the child’s father was in fact the child’s father because he provided him support and held him out as his child.

If you are currently going through a custody battle and paternity is an issue, call the experienced attorneys at Snyder & Sarno, LLC at (973) 274-5200 for help with your case.