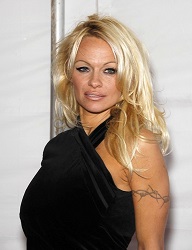 MSN.com recently reported that Pamela Anderson is contesting annulment papers filed by her husband Rick Salomon.  The couple was married in 2007, but the union was annulled after two months.  The couple married again in January 2014.  While Anderson filed divorce papers in a California court, Salomon filed for an annulment in Nevada, citing fraud.  Anderson, however, opposes the annulment and prefers a divorce, primarily because she allegedly wants to obtain Salomon’s gambling winnings in a divorce.

Though similar in some ways, a divorce and an annulment are quite different.   In New Jersey, like most other states, when a couple divorces they recognize that they were married and would like to end that union.  An annulment, however, voids the marriage completely so that it is as if the union never occurred.  While those who seek a divorce in New Jersey can obtain a no-fault divorce, basically agreeing to divorce, there are only certain grounds for obtaining an annulment under N.J.S.A. 2A:34-1.  For example, one can seek an annulment on grounds of fraud, bigamy, or duress.

Often, as is the case for Anderson and Salomon, annulment is attractive because some traditional forms of relief that accompany a divorce are unavailable.  For instance, although a judge may decide issues of child custody and child support, a judge cannot consider issues of property division.