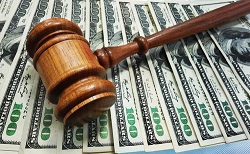 A few months ago, we blogged about New Jersey’s amendment to its alimony statute.  Among other reforms, one of the law’s goals was to limit permanent alimony, or alimony that is paid from one party to another for the duration of the parties’ lives.  Though the amendments were not specifically addressed in the recent unpublished New Jersey Appellate court decision of Lopez v. Lopez, the court discussed the issue of permanent alimony.

In Lopez, the parties were married for 29 years.  While they were able to settle most of the issues involved in their divorce, they disagreed over the issue of alimony.  They decided that they would attempt to settle their alimony controversy in binding arbitration.  Thus, they presented the issue before a neutral arbitrator who awarded “defendant $200 per week in limited duration alimony for a period of two years.”

Even though defendant sought permanent alimony because the marriage was lengthy, the arbitrator decided that limited duration alimony was appropriate.  The arbitrator said that because the parties made comparable incomes during their marriage, permanent alimony was not appropriate.  The parties appeared to depend on one another equally during their marriage.  Furthermore, defendant had sometimes earned more money than plaintiff during the marriage and reported that she would be earning more than defendant shortly after the divorce. Defendant lost her job shortly before the divorce but enrolled in technology program that would take her two years to complete.

If you are going through a divorce and alimony is an issue, you should call the experienced matrimonial attorneys at Snyder & Sarno, LLC.  We can answer all of your questions and advocate for your best interests.  Call us today at (973) 274-5200.