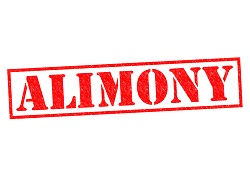 It’s important to remember that in many matrimonial law cases, especially those involving monetary issues, the case doesn’t always conclude when the judge enters an order.  In particular, in the case of spousal support, if the party ordered to pay support can show that there are changed circumstances, then the judge may modify the award.  Lepis v. Lepis, 83 N.J. 139 (1980).  In the recent unpublished New Jersey Appellate Court decision of Hernandez v. Hernandez, the payor did just that.

In Hernandez, defendant was at first ordered to pay plaintiff alimony in the amount of $165 per week.  At that time, defendant was employed as a sheet metal worker.  Plaintiff was unemployed and the court imputed $675 per week in income to her, or approximately $35,000 per year.

About 10 years later, defendant filed a motion to have his support obligation terminated.  He was planning to retire early due to a number of medical conditions and ultimately obtained Social Security Disability (SSD). His employment had also changed since the divorce, making it so that his salary at the time he filed his motion was half his salary at the time of the divorce.

Plaintiff, on the other hand, had consistently earned about $20,000 per year after the divorce.  She had never earned the amount originally imputed to her.  At the time the motion was filed, she was unemployed.  The judge found that plaintiff needed support that defendant could pay and ordered only that he would reduce the support obligation to $100 per week.  He maintained reestablished plaintiff’s imputed income at $20,000 per year.

On appeal, defendant took issue with the judge lowering plaintiff’s imputed income.  The New Jersey Appellate Division said that the trial judge was correct in imputing income less than the amount imputed 10 years earlier.  However, the court disagreed with the amount the trial judge decided to impute.  In fact, the court said that the information reported to the court showed that plaintiff consistently earned more than $20,000 per year.  Furthermore, the judge failed to include a statement of his reasons for imputing that amount of income to plaintiff as required by Rule 1:7-4.  See Fodero v. Fodero, 355 N.J. Super. 168, 170 (App. Div. 2002).

The court also analyzed whether or not defendant could continue providing any support and whether plaintiff needed support.  The court noted that defendant’s SSD award showed that he was very likely to be unable to work.  See Diehl v. Diehl, 389 N.J. Super. 443, 451 (App. Div. 2006).  The evidence showed that defendant was unable to pay most of his monthly expenses.  The court found, however, that plaintiff made enough money to support herself, even without receiving alimony payments.  Thus, the Appellate Division reversed the trial court’s ruling on defendant’s motion.

If you need a modification to your alimony award due to changed circumstances, contact the skilled attorneys at Snyder & Sarno, LLC for help with your case.  Call us today at (973) 274-5200.