Does Marriage Create a Right to Life Insurance After a Spouse’s Death? 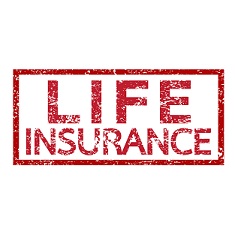 Under N.J.S.A 3B:3-14, the New Jersey legislature has provided that any interest that a person may have designated to his or her spouse during the marriage is automatically revoked upon the couple’s divorce.  In the recent case of Fox v. Lincoln Financial Group, the court addressed a novel question: “should…the law of insurance contracts[] reflect the changed circumstances attendant to marriage in the same way it reflects change circumstances with respect to divorce?”  In Fox, the New Jersey Appellate Division answered this question in the negative.

In Fox, Evanisa, an immigrant from Brazil, and Michael were married in July 2012.  Prior to their marriage, Michael had obtained a life insurance policy from Lincoln Financial Group.  He had originally listed his ex-wife and brother as beneficiaries, but upon dissolution of his first marriage, changed the sole beneficiary to his sister.  When Evanisa and Michael married, he did not change the beneficiary on his life insurance policy.

However, because Evanisa was an immigrant, in order for her to become a U.S. citizen, Michael executed a number of forms, including Form I-864, an Affidavit of Support guaranteeing he would provide for his wife.  This form explicitly stated that this obligation to provide support would terminate in the event of his death.

When Michael died, Evanisa sought the proceeds of the life insurance policy.  She argued that “marriage creates a ‘presumptive right’ to a spouse’s life insurance benefits.”  She relied heavily on the New Jersey Supreme Court case of Vasconi v. Guardian Life Ins. Co. of Am., 124 N.J. 338 (1991).  In Vasconi, the court found that the parties divorced and executed a marital settlement agreement promising not to make any legal claims against one another or one another’s estates.  However, upon the ex-husband’s death, the ex-wife, who was still listed as the beneficiary on his life insurance policy, sought the proceeds of the policy against his estate.  The court found that because the parties had divorced and intended to settle all distribution of the marital property in their settlement agreement, there was a presumption that the ex-wife’s interest in his life insurance policy was revoked.

When Evanisa appealed the trial court’s decision denying her claim, the New Jersey Appellate Division disagreed with Evanisa’s reliance on Vasconi.  In particular, the court pointed out that it was not the mere act of divorce that evidenced intent to divest all rights to one another’s property in Vasconi, but rather, the marital settlement agreement showed the parties’ intent.  In Evanisa’s case, there was no written evidence showing that Michael intended to make Evanisa the beneficiary of his life insurance.  The court specifically noted that even the Form I-864 was not proof of Michael’s intent to include Evanisa as a life insurance beneficiary.  Furthermore, the fact that Michael had changed the beneficiary in the past showed that he knew the process necessary for doing so, but still failed to act.

If you are going through a divorce, or your spouse has died, property division can become a contentious issue.  Call the experienced attorneys at Snyder & Sarno, LLC at (973) 274-5200 for help with your case.