Is it a Palimony Agreement? The Case of Cooper v. Beaty 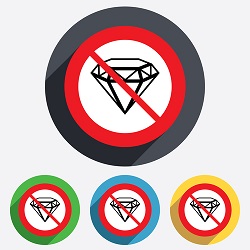 In today’s changing society, many couples choose not to get married.  The question arises, however, whether these partners can receive support from one another during their relationship, or after their relationship ends.  This issue was discussed in the recent unpublished New Jersey Appellate Division case of Cooper v. Beaty.

In the case of Cooper, the New Jersey Appellate Division addressed the question of whether an oral promise to pay could be enforced in a non-marital relationship.  Specifically, the parties had been dating for 10 years.  In 2010, the parties decided that they would move into an apartment together.  Beaty agreed to pay the lease and utilities for the apartment for the subsequent four years.  Shortly after they moved into the apartment, Cooper discovered that Beaty was married and ended the relationship.

Cooper sued to have the oral agreement enforced.  The trial judge dismissed her case.  He decided that the agreement violated N.J.S.A. 25:1-5(h), the Statute of Frauds.  This statute says that an oral promise between unmarried parties to provide support, either during the relationship or after it ends, is not enforceable.  It also requires that where there is a written agreement, the parties must each have an attorney.

On appeal, Cooper argued that the trial judge incorrectly treated her case as one for palimony.  The Appellate Division, however, disagreed and upheld the trial judge’s ruling.  Though the court did not discuss it, this case is different from a palimony case, most likely because Cooper asked only for payment of rent and utilities, not for general support based on a partner’s promise to provide support for life.  In addition, this case is an example of a court’s application of the 2010 Statute of Frauds amendment requiring palimony agreements be in writing and both parties have independent counsel, which many commentators believe may curb success of palimony-type cases.

If you have questions about a palimony agreement or your ability to enforce an agreement with a non-marital partner, call the experienced attorneys at Snyder & Sarno, LLC at (973) 274-5200.