When Does Cohabitation Begin for Alimony Purposes? 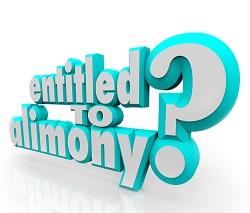 We have previously blogged about changes to the New Jersey alimony statute last fall.  Courts are now beginning to see the effects of that amendment in practice.  For instance, in the recent unpublished Appellate Division case of Schlumpf v. Schlumpf, the court addressed the effect of cohabitation on alimony modification in light of the statute’s amendments.

In Schlumpf, the parties divorced in 2005.  Their Matrimonial Settlement Agreement provided that Defendant would pay alimony for a term of eight years, until August 2013, which could be terminated upon Plaintiff’s cohabitation.  In 2012, Plaintiff’s boyfriend moved in with her.  Defendant filed a motion to terminate his alimony obligation, which the trial court denied because Defendant failed to show that Plaintiff was receiving an economic benefit from her boyfriend.

A few months later, Defendant learned that Plaintiff was moving to a new home, owned by her boyfriend.  Defendant asked that his alimony be terminated as of December 2012, the date Plaintiff moved, or as of April 2013, the date he filed his motion for alimony termination.  The trial judge ordered alimony terminated as of April 2013, noting that Plaintiff agreed to termination as of that date.

On appeal, the New Jersey Appellate Division stated that the purpose of alimony is to provide economic support as necessary to a dependent ex-spouse.  See Lepis v. Lepis, 83 N.J. 139, 155 (1980).  Alimony obligations can be modified or terminated based on changed circumstances.  See Larbig v. Larbig, 384 N.J. Super. 17, 21 (App. Div. 2006).  The court also stated that cohabitation is an example of a changed circumstance that could warrant modification or termination of alimony.  See Gayet v. Gayet, 92 N.J. 149, 155 (1983).  Alimony should only be changed based on cohabitation when there is proof that the dependent party’s financial obligation has been reduced as a result of the cohabitation.  Id. at 150.

The court decided that the trial judge erred by setting a date of April 2013 for termination of alimony.  The court said that the trial judge should have set the date of alimony termination as of the date that Plaintiff moved her residence, primarily because she failed to show that even after the move, she would be unable to support herself without receiving alimony payments.

It is important to note, however, that in a footnote, the court addressed the amendments to the New Jersey alimony statute, N.J.S.A 2A:34-23(n).  The court pointed out that under the new law, cohabitation alone is sufficient to show changed circumstances.  The court did not apply the new law because the case arose prior to the statute’s amendment, when cohabitation and economic benefit were both required to show changed circumstances.

Thus, for future alimony modification cases, courts will first look at the date when the cohabitation began in order to determine whether the statutory amendment will apply.  This could be an important determination in many alimony modification cases.  If you want to modify your alimony obligation and have questions about how the new law will affect you, call the experienced attorneys at Snyder & Sarno, LLC for help with your case.  We can be reached at (973) 274-5200.