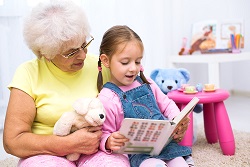 In the recent unpublished New Jersey Appellate Division case, the issue of grandparents’ rights to custody was discussed.  In J.F. v. R.M., the child, Scott, was born to teenage parents, Sue and Robert.  Sue and Scott lived with Sue’s grandmother, Joan, and eventually Joan took over caring for Scott primarily.  When Scott was about six years old, Joan was granted custody of Scott and Robert, after a paternity test, was confirmed as Scott’s father.  Joan allowed Robert to have parenting time with Scott and Robert was required to pay child support.

Soon thereafter, Robert filed for primary custody, which Joan opposed.  After a hearing, the trial court denied Robert’s request.  The trial court found that because there were no allegations that Robert was an unfit parent, Joan had to show that she had established an extraordinary parent-child relationship with Scott, which the judge found that she clearly had.  The judge also found that based on the best interests of the child, Joan should have primary custody.

On appeal, Robert argued that the trial judge should have applied a parental fitness test, rather than relying on the child’s best interests.  The Appellate Division reviewed the law regarding third party custody of children in New Jersey.  Primarily, the court said that when the custody battle is between a fit parent and a third party, like a grandparent, the fit parent is presumed to be the best option for custody.  See Watkins v. Nelson, 163 N.J. 235, 253 (2000).  The third party, however, can refute this presumption, for example, by showing exceptional circumstances.

In such cases, the court must complete a two-step analysis.  First, the court must examine the “parental termination standard” and determine whether there are exception circumstances warranting potential custody to the third party.  See Zack v. Fiebert, 235 N.J. Super. 424, 432 (App. Div. 1989).  The court acknowledged that a showing by a third party that he or she has become a psychological parent to the child is enough to satisfy exceptional circumstances.  Thus, if there are exceptional circumstances, the court will determine custody as it would if it were deciding custody between two fit parents and would apply a best interests of the child standard.

If you are a grandparent or other third party, such as an aunt or uncle, seeking custody of a child against the child’s parent, it is often important to seek the aid of a skilled matrimonial attorney.  If you are in this situation, call the attorneys at Snyder & Sarno, LLC at (973) 274-5200 for help with your case.