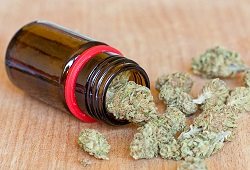 It is well-established that one parent’s substance abuse can affect his or her child custody case.  Since medical marijuana, and marijuana more generally, has become legal in many states, however, it is uncertain how this particular drug will be treated in child custody cases.

In New Jersey, for example, medical marijuana became legal when New Jersey passed the Compassionate Use Medical Marijuana Act, N.J.S.A. 24:61-1, yet the courts have not had the opportunity to decide any precedential cases regarding medical marijuana and child custody.  Under New Jersey law, N.J.S.A. 9:2-4, and discussed in many cases, including Beck v. Beck, 86 N.J. 480 (1981), courts must consider the fitness of the parents when making custody determinations.  In Beck, the court concluded that parental fitness looks at whether the parents are “physically and psychologically capable of fulfilling the role of the parent.”  Id. at 498.

Thus, it is likely that if such a case were to present itself in New Jersey, the court’s decision could be similar to that of the Maine Supreme Court.  In addition, as with many other family law matters, the court may look to the specific facts of the case to determine whether a parent’s medical marijuana use has a negative effect on the child.  Nevertheless, it is still undecided how the use of medical marijuana will affect a child custody case in New Jersey.

If you are going through a child custody battle and substance abuse, including the use of medical marijuana, may be an issue, it is vital that you contact an experienced matrimonial attorney like those at Snyder & Sarno, LLC.  Call the attorneys at Snyder & Sarno, LLC at (973) 274-5200 today for help with your case.