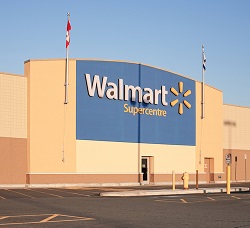 Walmart Heiress, Paige Laurie, filed for divorce from her husband almost one year ago.  Recently, however, as the Huffington Post reported, Laurie’s husband, Patrick Bode Dubbert, has asked that Laurie pay him a startling $400,000 per month in spousal support.

Dubbert alleges that the $400,000 will support quite a lavish lifestyle and cover expenses including a personal chef, personal trainer, vacations, a personal stylist, driver, and entertainment.  In addition, he has also requested $2,500 per month in order to make charitable donations.  Reports indicate that the couple has a prenuptial agreement, which entitles him to some support, but it is unclear how much support the agreement provides.

The couple also has a business together, which Laurie alleges Dubbert has stolen money from.  In return, her Dubbert claims that Laurie is having an affair.

This high-profile divorce, while more complicated than some, demonstrates how divorces can become messy and contentious.  Parties often argue about issues that affect their finances, such as alimony and spousal support.  In addition, divorcing couples also argue over issues such as equitable distribution.

If you are getting a divorce in New Jersey and are arguing with your spouse over various issues, you need the help of an experienced matrimonial attorney.  Call the attorneys at Snyder & Sarno, LLC at (973) 274-5200 for help with your case.