When Does My Child Become Emancipated? 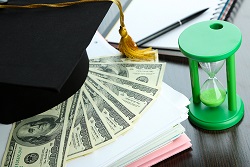 Emancipation occurs when “the child has moved ‘beyond the sphere of influence and responsibility exercised by a parent and obtains an independent status of his or her own.’”  Filippone v. Lee, 304 N.J. Super. 301, 308 (App. Div. 1987).  Thus, in New Jersey, once a child turns 18, or is no longer being supported by his or her parents, either parent must petition the court for the child’s emancipation and termination of the child support obligation.

In a recent unpublished Appellate Division case, Schottel v. Kutyba, plaintiff petitioned the court for emancipation of her 18 year-old daughter, who graduated high school and joined the military two weeks later.  At the time of the petition, the daughter had been discharged from the military for medical reasons and was looking for full-time work.  Plaintiff requested that her daughter be deemed emancipated as of the date that she joined the military.

At the time, plaintiff was obligated to pay $56 per week for child support and $25 per week towards arrears.  She asked that the money she had paid for support since the time that her daughter joined the military be applied to her arrears.

A problem arose, however, when the trial court entered an order emancipating the child, but failed to make the order effective as of the date the daughter joined the military.  On appeal, the Appellate Division decided that the trial court had erred and should have emancipated the child as of the date she joined the military.  The Appellate Division noted that this was the date when the child was no longer under her parent’s control.

In New Jersey, a parent must petition the court for emancipation of their child in order to end a child support obligation. Thus, it is important to do so as soon as a child becomes emancipated.  Otherwise, a parent may make unnecessary financial payments or accrue arrears.  If you need to petition the court for emancipation of your child, call the experienced attorneys at Snyder & Sarno, LLC for help with your case.  We can be reached at (973) 274-5200.