Polygamist Divorces One Wife and Marries Another 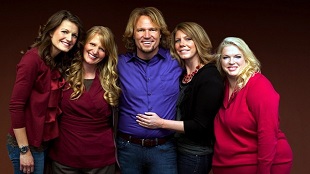 TMZ reported about a recent celebrity divorce, which it dubbed “friendly.”  Kody Brown, star of TLC’s “Sister Wives,” recently divorced his first wife so that he could marry his newest wife.

Although Brown is a polygamist, he is legally only permitted to be married to one partner.  Thus, when he wanted to bring his newest wife’s “kids into the family, where they’ll have more security,” he had to divorce his first wife to do so.  Nevertheless, his first wife has remained part of the family and one of the “sister wives.”

Brown and the Sister Wives’ situation, however, is unlike the situation of most individuals seeking a divorce.  For instance, many divorces are contentious, where the parties argue over many issues.  Oftentimes, parties argue over alimony, property division, and sometimes, child support and custody.  Moreover, while in some situations ex-spouses may remain involved in one another’s lives even after their divorce, most don’t consider themselves to continue to act as if they are married.

Because most divorces don’t go as smoothly as Brown’s, if you are getting divorced, it can be important to obtain the help of a skilled matrimonial attorney, like those at Snyder & Sarno, LLC.  Call us today at (973) 274-5200 for help with your case.