What is the First to File Rule? 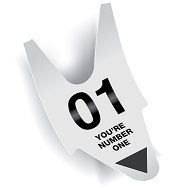 It has been well established in the U.S. legal system that the first court that receives a claim should be the one to decide that issue.  This is commonly known as the first to file rule.  This can have implications when it comes choosing where to file, especially because there are different laws among states, or as illustrated by one recent case, different laws among nations.

In Kemunto-Angwenyi v. Mghenyi, the parties were married in Kenya in 2003.  Shortly thereafter, they moved to the United States so that the defendant could complete his studies at the University of Michigan.  The parties’ court filings debate whether or not they lived together in the United States and for how long.  Nevertheless, in September 2011, the plaintiff filed for divorce in New Jersey.  Two months later, defendant filed for an annulment in Kenya.

The defendant sought to have the plaintiff’s divorce action dismissed, alleging that he had filed an initial divorce action in Kenya in May of 2011, and the December annulment claim was simply an amendment.  Thus, he sought application of the first to file rule.

The Appellate Division noted that in New Jersey, in order to invoke the first to file rule, the moving party must show that he or she already filed an action in another court that is substantially the same and involves the same parties as the current action.  See Sensient Colors Inc. v. Allstate Insurance Co., 193 N.J. 373 (2008).  If the moving party proves these factors, the opposing party has the opportunity to show that he or she will not have sufficient recourse in the “first-filed jurisdiction,” for example, if there was the possibility of “great hardship and inconvenience,” also called “special equities.”

The Appellate Division ultimately held that the first to file rule should not apply in this case, as the trial court had also determined.  Moreover, the court pointed out that even if the doctrine did apply, it’s possible that there would be “special equities” to excuse its application because both parties resided in the U.S. for a number of years and travel to Kenya for legal proceedings could be costly.

If you are considering filing for divorce and jurisdiction could be an issue, call the experienced attorneys at Snyder & Sarno, LLC for help starting your case.  We can be reached at (973) 274-5200.