Motion for Reconsideration of Child Support Award Must Be Timely 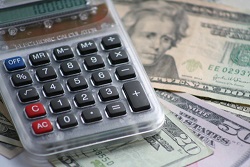 While most lawyers and judges involved with matrimonial law matters have sufficient experience working with mathematical calculations necessary for child support or alimony obligations, not all individuals are mathematicians, and like the rest of us, occasionally make mistakes.  In the recent case of Silver v. Silver, the defendant believed the trial judge had miscalculated plaintiff’s child support arrears.  The defendant neglected, however, to make a timely motion for reconsideration, which jeopardized her argument.

On a 2013 appeal where defendant made numerous arguments regarding the party’s child support obligations, she argued that the $100,000 calculation of arrears made in 2009 was in error because it failed to calculate arrears for the months of September through November of 2007.  Defendant alleged that these arrears should total nearly $50,000.  She contended, however, that she did not address this issue with the court in 2009 because she could not afford to litigate the issue.

The trial court decided that defendant’s argument was “nothing more than an untimely request for reconsideration,” which the Appellate Division upheld.  In addition, as the trial court found, defendant had certified to the court the amount of arrears she believed she was owed 2009, which the court relied upon in the 2009 order.  Furthermore, the Appellate Division pointed out that Rule 4:49-2 requires that an individual make a motion for reconsideration of a court order within 20 days of receiving that order.  Because defendant had failed to make a motion to the court regarding the alleged mistake within 20 days, the court would no longer consider the issue.

This case highlights the importance of an attorney throughout a matrimonial legal matter.  In Silver, for example, an attorney could have apprised the defendant of the consequences of failing to make a timely motion for a reconsideration of the 2009 child support order.  In any matrimonial case, an attorney is present to advocate for his or her client and ensure that the client’s rights are protected.  If you are going through a divorce or a child support battle, the experienced attorneys at Snyder & Sarno, LLC can advocate for you.  With decades of experience, the attorneys at Snyder & Sarno can help avoid miscalculations and mistakes in your case.  Call us today at (973) 274-5200.