How Can Unemployment Affect My Child Support Obligation? 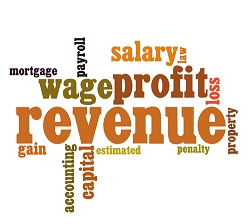 Under the New Jersey Child Support Guidelines, a court has the ability to impute income to a party when that party is unemployed or underemployed.  When imputing income, a court will act as if a parent is earning more money than he or she is actually earning.  In addition, Rule 5:6A of the Guidelines says a court may impute income whether it is making an initial award or modifying an award.

In the recent case of Urban v. Green, a New Jersey trial court imputed income to the defendant based on a number of different factors.  For instance, the court determined that the defendant held a law degree, was resourceful, and was an entrepreneur who had been successful in the past.  Thus, the court imputed income partially based on the average salary for a working attorney in New Jersey.

Nevertheless, the Appellate Division agreed with defendant in that the trial judge failed to assert specific facts supporting his determination of imputed income.  Furthermore, it was error to impute to defendant the income of a working attorney because he had not practiced as an attorney for some time.  Ultimately, the Appellate Division remanded the case to the trial court for further consideration.

If you are currently battling with a co-parent over child support, it is important to know how your specific circumstances may affect your case, especially when it comes to imputed income.  If you have questions about your child support case, call the experienced matrimonial attorneys at Snyder & Sarno, LLC.  We can be reached at (973) 274-5200.