Spouses Sue Each Other.... and Not Just For Divorce 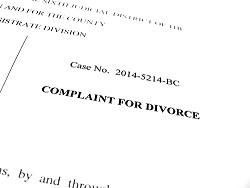 The common example of a lawsuit between spouses is that of a divorce.  There are, however, other reasons why spouses may sue one another.  For example, spouses can sue for a marital tort.  Huffington Post recently published an article about these lawsuits, focusing on one reason for bringing such a suit—the transmission of a sexually transmitted disease between spouses.

In addition to this basis for a marital tort suit, spouses can also sue one another for other reasons, including assault, battery, intentional infliction of emotional distress, or battered woman’s syndrome.  In New Jersey, if the parties are divorcing, a marital tort claim must be included in the divorce complaint or it cannot be raised at a later date according to the New Jersey Supreme Court in the case of Tevis v. Tevis, 79 N.J. 422 (1979).  The court may decide, however, to decide the two issues separately or in one proceeding.

Marital tort law blossomed when New Jersey courts held that spouses had the right to sue one another and abolished the doctrine of interspousal immunity.  See Merenoff v. Merenoff, 76 N.J. 535 (1978).  Since then, the case of Tevis has governed marital tort suits, allowing spouses to institute tort actions against one another when they are divorcing.

In some situations, it is important to make a marital tort claim during a divorce so that the right to compensation is not lost.  If you are going through a divorce and believe you may have a marital tort claim, the experienced attorneys at Snyder & Sarno, LLC can help you evaluate your case.  Call us today at (973) 274-5200.