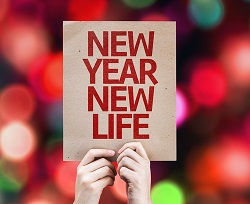 The New Year is often associated with resolutions and fresh starts, so it should not come as a surprise that the number of divorces filed also increases as the New Year begins. Yahoo has recently reported on the occurrence of divorce rates surging on the first Monday in January and continuing throughout the month.  Commentators have stated that divorce filings in January are approximately one-third more likely than any other month.

Commentators attribute the surge to families wanting to remain intact for one last holiday season before going their separate ways.  In addition, there is less court availability during the holiday season due to court closings.

Because divorce is frequently a long and difficult process, it is hard to be shocked at the reasons that couples may hold off on divorcing until the New Year.  In many divorces, issues of alimony or property division may be contentious.  In those divorces involving children, the divorce process may be even more taxing if issues of child custody and child support arise.  In addition, most couples that file for divorce in January want their divorce resolved within the year in order to be able to file taxes as an individual in the next tax season.

In order to ensure that a divorce is resolved quickly, the help of a skilled matrimonial attorney is often tremendously beneficial.  Such an attorney, like those at Snyder & Sarno, LLC, have the experience to ensure that a divorce is handled expeditiously and efficiently, while advocating for their client’s best interests.  If you plan on filing for divorce, call the attorneys at Snyder & Sarno, LLC at (973) 274-5200 for help with filing your case.