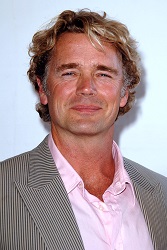 John Schneider, the actor most famous for his role portraying Bo Duke on the Dukes of Hazard, has recently stated that he and his wife are getting divorced.  According to Huffington Post, the actor’s wife filed for divorce in Los Angeles citing irreconcilable differences and asking for spousal support.

In New Jersey, a party also has the option for filing a fault-based divorce.  A fault-based divorce alleges that there was some wrongdoing by the other party justifying the divorce.  In New Jersey, the fault-based causes of action, as outlined in N.J.S.A. 2A:34-2, include: adultery, desertion, extreme cruelty, substance abuse, institutionalization, imprisonment, or deviant sexual conduct.  Each has their own definition or meaning.

If you are planning to file for divorce in New Jersey or have been served with divorce papers by your spouse, you’ll need the help of the experienced matrimonial attorneys at Snyder & Sarno, LLC to navigate your case.  Call us today at (973) 274-5200.