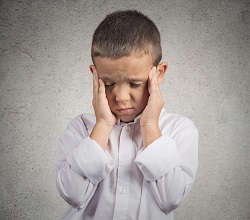 In a New Jersey child custody dispute, the judge is given the choice under Rule 5:8-6 to interview the child if the judge believes it would be beneficial based on the child’s age, intelligence, and maturity level.  In many cases, the judge may interview the child regardless of the parents’ wishes.  In addition, it may be error for a judge to decline interviewing a child or fail to explain his or her reasons for declining to interview a child.

This was the case in D.A. v. R.C.—a recent New Jersey Appellate Division case.  In D.A., the parties had one child together.  They were able to work together for approximately a decade to parent their child without court intervention.  This changed, however, when the father filed for a custody modification.  He alleged that the child’s mother was abusive towards the child, while she countered that there were instances of domestic violence in the father’s home.

Moreover, the appellate court cited a concurring opinion in the case of Mackowski, which counsels that interviewing a child is in many instances necessary for the judge to learn important facts, despite the potential drawbacks.  See Mackowski v. Mackowski, 317 N.J. Super. 8 (App. Div. 1998).  In addition,  in order to accurately assess the child’s preference—one of the custody factor’s in N.J.S.A. 9:2-4—an interview of the child may be crucial.  Previous cases have also recognized the importance of the child’s opinion in custody cases.  See Beck v. Beck, 86 N.J. 480, 501 (1981).

If you are going through a custody dispute with an ex-partner, you could use the help of an experienced matrimonial attorney like those at Snyder & Sarno, LLC.  Call us today at (973) 274-5200 to have all of your child custody questions answered.