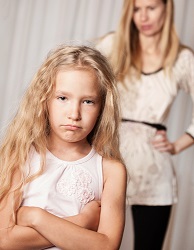 Parental Alienation Syndrome (“PAS”) refers to the efforts of one parent to turn a child against the other parent.  It is believed that in severe cases, the child will not want to communicate with the other parent whatsoever.  The New Jersey Appellate Division recently addressed a case where PAS was at issue.

On appeal, the Appellate Division decided that it was error for the trial court to have relied on evidence of PAS in any of its determinations.  This is because under N.J.R.E. 702, when introducing technical evidence to assist the fact-finder, an expert must give their opinion regarding the data.  The Appellate Division also stated that at the time of the trial court’s decision PAS had not been generally accepted as a syndrome in the psychological community.  Under Frye v. United States, novel expert evidence must be “generally accepted, within the relevant scientific community.”  The court noted that the admissibility of PAS evidence is still disputed in the legal community and it declined to decide whether such evidence should be admissible.  It said, however, the proper foundation for the admission of PAS evidence had not occurred in the trial court.

There is no telling whether evidence of PAS will be admissible in the future.  Nevertheless, under the factors outlined in N.J.S.A. 9:2-4, which courts are instructed to consider when making custody determinations, there are a number of factors that could allow a court to consider efforts of one parent to turn the child against the other parent.

If you are going through a child custody battle and are dealing with an opposing parent who exhibits signs of PAS, the experienced attorneys at Snyder & Sarno, LLC can help you with your case.  Call us today at (973) 274-5200.