Jurisdiction Issues Can Complicate Your Case 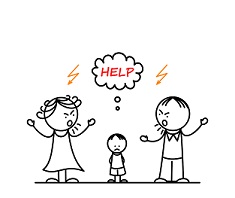 When parties with children divorce, and one parent moves to another state there may often be issues as to which state has jurisdiction over the parties should any disagreement arises.

In the recent case of Morgan v. Pfau, the parties divorced in Pennsylvania after seven years of marriage and the wife was given primary physical custody of their two children.  After the divorce, the wife relocated with the children to New Jersey.  Thereafter, the parties came to an agreement regarding child support and entered an order in a Pennsylvania court.  Six years later, the parties returned to the courts to resolve further issues and at that time consented to allowing the New Jersey courts to have jurisdiction over any disputes regarding child custody or child support.

If you are seeking a modification of your child support obligation, the experienced attorneys at Snyder & Sarno, LLC can answer all of your question, including those involving jurisdiction.  Call us today at (973) 274-5200 for help with your case.