What Happens if My Ex Violates Our Child Custody Agreement? 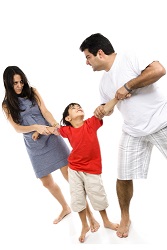 Even when parents think they have decided on a child custody schedule, things could still change.  For example, one parent may deviate from the plan.  In the worst situations, one parent refuses to return the children for an extended period of time.  That was the situation faced in the recent New Jersey Appellate Division case of Luyster v. Colucci.

In Luyster, the parenting schedule provided that the children would reside primarily with the mother and the father would have custodial time with the children for two weeks during the summer, with the dates to be decided by the prior April 1st.  The father, however, refused to return the children after one of his custodial weeks, alleging that he and the mother were simply working out the parenting schedule. In fact, he kept the children for a total of five weeks during the summer.  When the mother sought relief in the trial court, because the case did not reach the court until September when the summer was over, the trial court decided that the issue was moot, or no longer significant.

On appeal, however, the Appellate Division stated that the issue was not moot.  In fact, there were several remedies available to the mother.  First, as she did, she could file a motion to enforce litigant’s rights under N.J. Rule 1:10-3.  In addition, under Rule 5:3-7(a), if a custody order is violated, a court may order “compensatory time with the children, court-ordered counseling, and modification of the custodial arrangement,” among other remedies.

The Appellate Division cited a similar case, Parish v. Parish, 412 N.J. Super. 39 (App. Div. 2010), for the proposition that the trial court should have decided the parent’s motion because failing to do so “left the parties in a state of uncertainty.”

Thus, in Luyster, the Appellate Division upheld protections for one parent when his or her co-parent refused to comply with a court ordered parenting schedule.  If you are having trouble coming to a child custody agreement with your co-parent or your co-parent has not complied with the agreement you have in place, you can turn to the courts for relief.  The experienced attorneys at Snyder & Sarno, LLC can help you with your case.  Contact us today at (973) 274-5200.