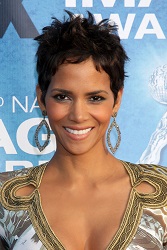 When parents share joint custody of their children, they often argue about who should make even the smallest decisions regarding the kids.  As was recently reported by E! Online, Halle Berry took her ex, Gabriel Aubry, to court alleging that he had been straightening and highlighting their 6-year-old daughter’s hair in an effort to make her appear “less African-American.”  The judge ruled that neither parent should alter their daughter’s hair for the foreseeable future.

When there is a disagreement, however, parties often turn to the courts to settle the dispute.  If you have a custody dispute with your co-parent, the skilled attorneys at Snyder & Sarno, LLC can help resolve your dispute, whether that involves coming to an agreement with your co-parent or turning to the courts.  Call us today at (973) 274-5200.