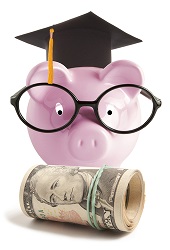 6ABC.com recently reported about a legal battle involving two divorced parents and their estranged daughter.  The couples’ daughter sued them for the cost of her college tuition at Temple University despite the fact that she has not had significant contact with either parent in approximately two years.  Nevertheless, a New Jersey trial judge ordered the parents to pay $16,000 towards their estranged daughter’s college tuition.

According to the report, the court relied on the landmark case of Newburgh v. Arrigo, 88 N.J. 529 (1982) in reaching their decision.  Newburgh says that, generally, parents have a duty to contribute to the cost of their child’s education.  When deciding whether or not parents should contribute to their child’s college education, Newburgh outlines a number of factors for courts to consider.  These factors include, among others, considerations as to whether the parent would have contributed to the child’s education had he or she still lived with the child, the amount sought by the child, and the child’s relationship to the paying parent.

If you are contemplating a divorce, or if you are divorced, and have questions about paying for your child’s college tuition, the skilled matrimonial attorneys at Snyder & Sarno, LLC can help.  Call us today at (973) 274-5200.