How the Economy Affects Divorce 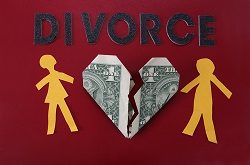 While the recent recession has clearly impacted job stability, marriage and divorce rates have also felt the impact of the economic downturn.  Yahoo recently reported on the economy’s effect on American families.  Yahoo reports that the divorce rate has doubled since 1990 and more Americans than ever are single, many who have children.

In addition, research has found that the rates of marriages have sharply declined.  The impact of job instability or loss felt by many Americans has caused them to postpone wedding plans. In addition, fewer Americans are having children.  Single individuals are more than ever looking for a mate who has a stable job, rather than focusing on family planning.

The economic downturn has also impacted those who are married or in relationships.  Most report high anxiety and depression in families where job insecurity is an issue.  This effect, however, is felt much less by union members and college-graduates.  As a result, these groups often see less change in family dynamics, and rather, find themselves in more traditional family situations.

While marriage rates decreased during the recession, as the economy slowly bounces back, divorce rates are rising.  Because many individuals couldn’t afford to get divorced during the economic downturn and possibly because stress due to job instability led to failed marriages, those individuals are now seeking divorces.

There are many options when it comes to paying your divorce attorney.  In New Jersey, for example, it is possible for a court to order that one party pay the other party’s attorney.  If you have questions about affording legal help for your divorce, or about your divorce in general, contact the experienced matrimonial attorneys at Snyder & Sarno, LLC.  Call us today at (973) 274-5200.