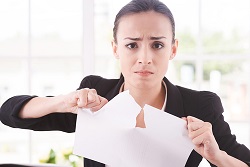 If you are contemplating entering into a prenuptial agreement, it is wise to seek the advice of a skilled matrimonial lawyer.  The aid of an attorney, like those at Snyder & Sarno, LLC, can ensure that you won’t be relinquishing all or most of your rights when you sign a prenuptial agreement.  Call us today at (973) 274- 5200 to have your questions answered.