Can I Relocate With My Children if My Ex Objects to the Move? 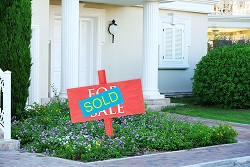 While relocating to a distant location is a big decision for any family, it can be even more difficult for parents that share custody of their children after a divorce.  In these situations, if one parent opposes the move, the relocating parent has to turn to the court for a decision on the matter.

In the recent unpublished Appellate Division case of Valedofsky v. Valedofsky, the court examined the relocation of a custodial parent from one state to another. Following the parties’ divorce, the mother was designated the parent of primary custody, but shortly thereafter, the father moved for primary custody, which the court granted.   After some time, the father applied to relocate the parties’ two children from New Jersey to Rhode Island because he was offered a job promotion in that state and his extended family lived there. The trial court judge granted plaintiff’s request, finding that the move would benefit the children.

On appeal, the Appellate Division found that while courts previously disliked relocation of children in custody cases, courts no longer view relocation in such a negative light.  Furthermore, the court addressed a two-part test established in Baures v. Lewis, 167 N.J. 91 (2001), that supports relocation, “where the preponderance of the credible evidence demonstrates the custodial parent has a good faith reason for the move and the move will not be inimical to the children’s interests.”  In addition, the court noted a variety of factors the court should consider in deciding whether or not to grant or deny a motion for relocation, as outlined by the Baures court.  These factors include the reasons for the move and its opposition, whether a visitation and communication schedule with the noncustodial parent is feasible, and the child’s preference, among other considerations.

If you are considering a relocation that will affect your current custody arrangement, the skilled matrimonial attorneys at Snyder & Sarno, LLC can help with your case.  Contact us today at (973) 274-5200.